Security officials have reported that 25 terrorists have been killed or wounded across 9 provinces of Afghanistan. 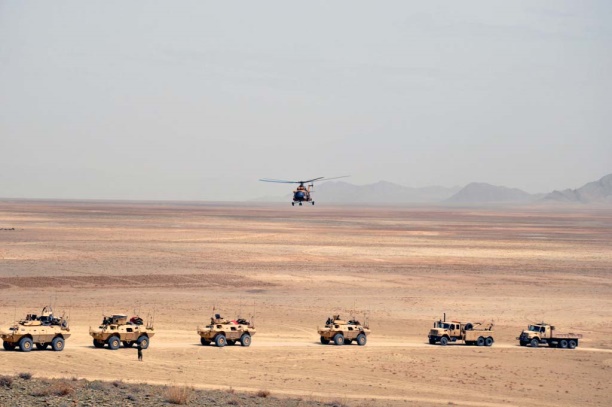 As a result of the invasive and cleanup operations of the ANDSF over the past 24 hours in the provinces of Ghazni, Paktika, Helmand, Nangarhar, Kandahar, Kunar, Paktia, Farah and Ghor, 24 insurgents were killed and 1 other wounded, as per a statement of Ministry of Defense.

The statement added that during these operations, a number of narcotic production factories, hideouts and vehicles belonging to the terrorists were also destroyed.

Syed Hafizullah Hashimy, a spokesman for IEC, told reporters on Saturday that a draft timetable for…

Security officials have reported that 15 terrorists have been killed in Kandahar province. The Ministry of…

Breaking: 5 Killed and 12 Injured from Suicide Blast in Maidan Wardak

Spokesperson for police chief in Maidan Wardak, Hekmatullah Durani has informed that a suicide blast took…