The U.S. has begun has started demolishing and dismantling almost 400 bases in Afghanistan as they reduce their footprint in the country, diplomatic sources told The News.

The publication said the American forces plan to complete the demolition of their mid and small size bases while dismantling the larger one, by the end of this month.

Most of the facilities have already been demolished, but the Department of Defence has not decided the future of its five major bases which are their largest and most expensive, costing billions of dollars each, in the country. 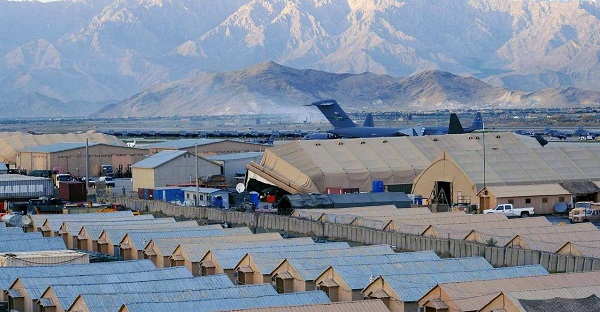 Washington had hinted earlier that it would consider vacating the major bases, leaving them for the Afghan forces to man and control. However, the strategists are confused since they do not want the systems to be accessed by any other nation since it could jeopardize the U.S. security system.

The increasing influence of China in Afghanistan and Iran’s friendly relations are a source of concern for the Pentagon, The News states.

The diplomatic source said Faraha base, close to Iran’s border, would be retained by the United States through any method in the long run.
buy Cozaar generic blobuyinfo.com over the counter

They may try to make arrangements to retain the other major airbases, like Bagram, Kandahar, Jalalabad and Mazar-i-Sharif.

According to the Doha agreement signed with the Taliban, the U.S. had to completely withdraw its troops from Afghanistan by May 2021 and not retain any of the military bases.