Up to 50 militants have been killed and more than three dozen others sustained injuries over the past three days as security forces targeted Taliban positions in Baharak district of Takhar province, provincial government spokesman Mohammad Jawad Hajari said.

“Baharak district has been cleared of the armed insurgents and the Taliban rebels pose no threats to the provincial capital Taluqan city currently,” Hajari said. 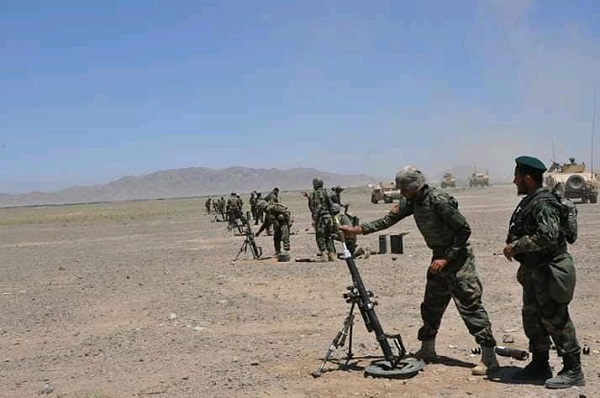 However, the security forces in massive operations have killed 50 insurgents and killed 37 others over the past three days, forcing militants to flee to the neighboring Khawaja Ghar district, Hajari said.

The official also confirmed that three security personnel had been killed and six others wounded over the past three days of counter-militancy operations.

‘Taliban, U.S Special Envoy Have Told Me They Want To Restart Talks’: Kabulov

Zamir Kabulov, Russian Special Representative for Afghanistan has said that the Taliban leaders and U.S. Special…

The Baharak district of Takhar province has been completely cleared of insurgents, the Ministry of Interior…