U.S. Secretary of State Mike Pompeo addressed the opening ceremony of the historic peace talks between the Afghan government and the Taliban on Saturday, and urged the warring sides to seize the opportunity to strike a comprehensive peace deal.

“Look, the choice of your political system is, of course, yours to make,” Pompeo said, mentioning that democracy has worked well for the U.S.

“While it is indeed the case that no one size fits all solution, the United States doesn’t seek to impose its system on others,” he said, acknowledging the challenges that lay ahead.

“We believe firmly that protecting the rights of all Afghans is indeed the best way for you to break the cycle of violence.” 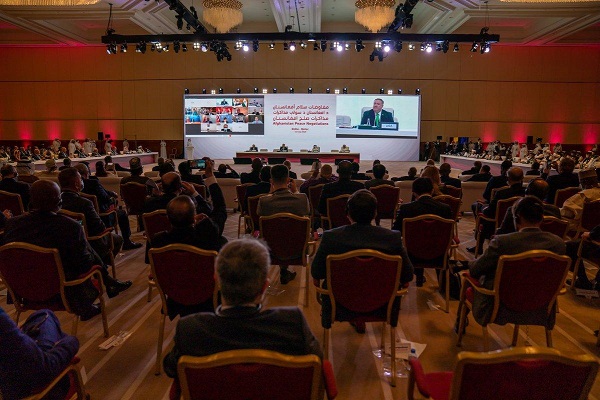 “You will write the next chapter in Afghan history. We hope this chapter is one of reconciliation and progress, not another chronicle of tears and bloodshed.”

He added that he hoped for decisions that would lead the country towards peace, development and prosperity.

However, he did warn that the “choices and conduct” during the negotiations will affect both the size and scope of U.S.’ future assistance.

Abdul Hafiz Mansour, a member of the Afghan government’s delegation said that while Pompeo did not want to “impose” anything on Afghans, his vouching for democracy was an indirect signal.

“The question was whether you [Afghan government] could rule without us [the U.S.]. He [Pompeo] said indirectly that if you are interested in American aid, you should consider democracy, human rights, and the achievements of 19 years in your decisions.”

Pompeo also noted the four women negotiators saying that they exemplified the gains made by the women in Afghanistan. He urged for the social advances to be protected.