Afghan security forces have arrested an alleged planner of Zabul hospital bombing along with eight other insurgents in Ghazni province, the Ministry of Defense (MoD) said.

MoD in a press release stated that the Commando and Police Special Unit (PSU) forces have arrested nine Taliban insurgents including the suicide attack planner for Zabul hospital incident.

According to the press release, three facility providers of IEDs who planned to carry out a vehicle bombing in Ghazni are also among the detainees. 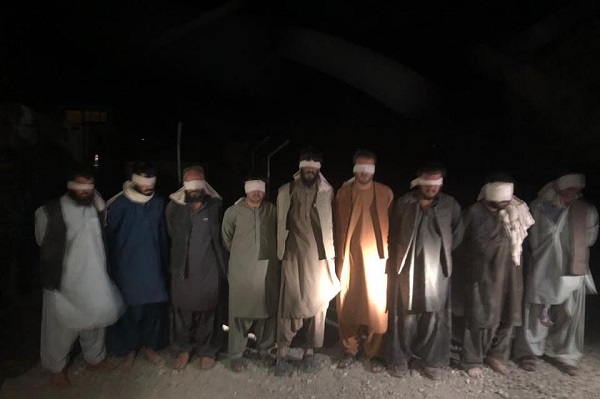 On September 19th 2019, a Taliban suicide car bomb detonated near a hospital in Qalat city of Zabul province which left more than 20 killed and 90 wounded.

The target of the attack was thought to be the government intelligence building nearby but the car bomb was parked outside a hospital gate.

The intelligence building suffered some damaged but the casualties are said to health workers, patients, residents and those coming to see hospitalised family members.