The Amnesty International (AI) in reaction to the killing of civilians in a U.S. drone strike in Nangarhar province said, “the bombing suggests a shocking disregard for civilian life.”

“On yet another deadly day in Afghanistan, once again it is civilians who bear the brunt of the violence involving armed groups, the Afghan government and their backers in the US military”, the Amnesty International USA’s Security with Human Rights Director Daphne Eviatar said. 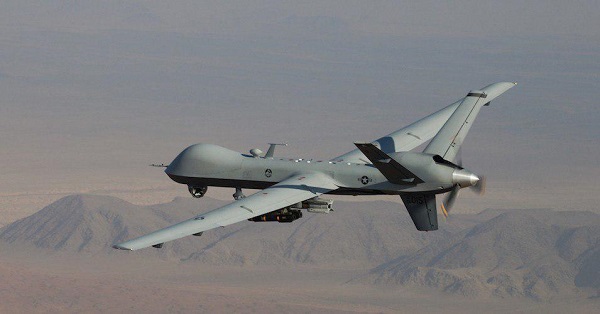 “That a US drone strike purportedly targeting IS militants could instead result in the deaths of scores of farmers is unacceptable and suggests a shocking disregard for civilian life.
buy amitriptyline online https://www.ivfcmg.com/newxxx/images/new/amitriptyline.html no prescription

US forces in Afghanistan must ensure that all possible precautions are taken to avoid civilian casualties in military operations.”

The Ministry of Defense and a senior US official in Kabul confirmed the drone strike, which took place in the Khoghyani district of Nangarhar province in the early hours of Thursday morning.

Security Forces have arrested an individual who wanted to carry out rocket attacks on Kabul city,…

‘Sustainable Peace in Afghanistan’ Depends on Reintegration of Fighters: SIGAR