Indian Defence Minister Rajnath Singh said that they were concerned about the security situation in Afghanistan and will continue to support the effort of its people and the government for peace.

In his address at the combined meeting of defence ministers of the Shanghai Cooperation Organization (SCO), Collective Security Treaty Organisation and Commonwealth of Independent States members, being held in Russia, Singh said that India was keenly following the evolving political situation in Afghanistan since the U.S. signed the peace deal with the Taliban. 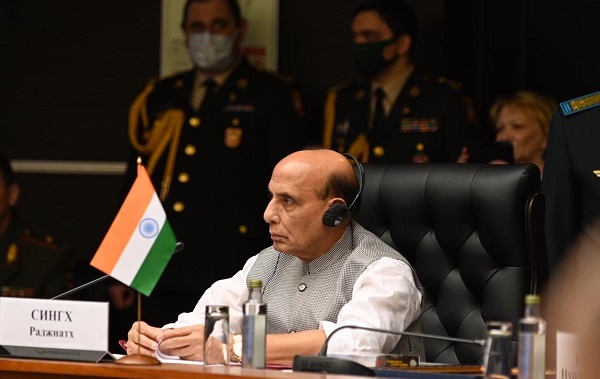 At the SCO meeting, Singh said India will continue to support an Afghan-led, Afghan-owned and Afghan-controlled inclusive peace process.

He also praised the SCO Contact Group on Afghanistan, saying it is useful for exchanging notes among the member states.

The SCO-Afghanistan Contact Group was established in 2005 before being suspended in 2009. It resumed functioning again in 2017.

Farid Mamundzay, the new ambassador designate for New Delhi, in a series of tweets, referred to…