Farid Mamundzay, the new ambassador designate for New Delhi, in a series of tweets, referred to India as a “generous neighbour” and said he would uphold the friendship between the two.

“I am honoured and humbled to have been designated as the new Afghan ambassador to India, a traditional and historic friend of Afghanistan. India is a generous neighbour who has stood with us in difficult times and have shared their bread with us,” Mamundzay said in a tweet. 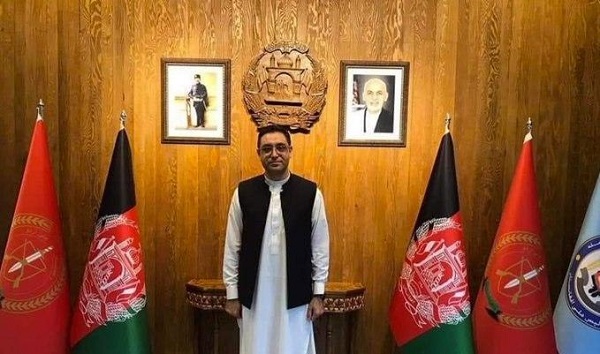 Calling India a “strategic partner with strong historical, political and cultural links,” he said he would “further strengthen our ties at all levels for a peaceful and prosperous Afghanistan and India.”

He concluded his tweet in Hindi by saying he hopes to maintain and grow the friendship between the two nations.

Mamundzay was also welcomed by the Chargé d’Affaires at the Afghan mission in Delhi, Tahir Qadiry, welcomed the appointment of new envoy and said, “As a CDA here for over a year, I realized the indispensability and vitality of Indo-Afghan ties and this decision will only bolster our Mission to further strengthen our bilateral ties”.

Meanwhile, Qadiry said the Air Bubble Agreement between the two countries has been worked out with Air India and Ariana set to resume their operations between Delhi-Kabul soon.