The Afghan government has welcomed the latest remarks made by the US Defense Secretary Mark Esper regarding the Afghan peace process.

The President’s spokesman, Sediq Sediqi praised Pentagon Chief’s remarks and said, “We echo the need for sustainable peace, end of violence and a meaningful peace that would guarantee the security of Afghanistan and its allies.” 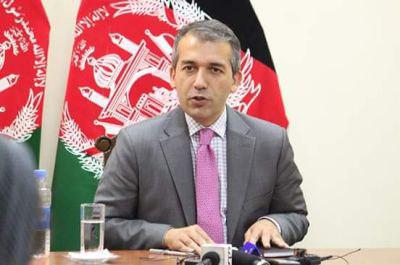 US Defense Secretary Mark Esper said on Saturday that while it was seeking a political agreement with the Taliban, Washington would not accept just any deal after a wave of violence cast a shadow over its talks with the insurgent group.

“The US’ view is that the best way forward is a political agreement and that (is what) we’re working diligently on right now, that doesn’t mean we’ll take any deal,” Esper said during a press conference in Paris with his French counterpart.
buy aciphex online https://cleanandclearadvantagerecovery.com/wp-content/themes/twentytwentyone/inc/new/aciphex.html no prescription

Under the draft accord with the Taliban, thousands of US troops would be withdrawn over the coming months in exchange for guarantees that Afghanistan would not be used as a base for militant attacks on the US and its allies.

At least 43 Taliban insurgents including three group leaders were killed and wounded, in Faryab province,…

At least six journalists were abducted by Taliban in Zurmat district of Paktia province, local officials…

Security officials confirmed that Anar Dara district of Farah province has collapsed to the Taliban. Speaking…