Salahuddin Rabbani, Afghan Minister of Foreign Affairs met with Ambassador of the Islamic Republic of Pakistan in Kabul Mr. Zahid Nasrullah Khan, as informed by Sibghatullah Ahmadi, the spokesperson and Director General of Communication of ministry of foreign affairs.

”Hinting at the recent remarks made by Prime Minister Imran Khan, Foreign Minister Rabbani said that such statements could negatively impact relations between the two countries.” 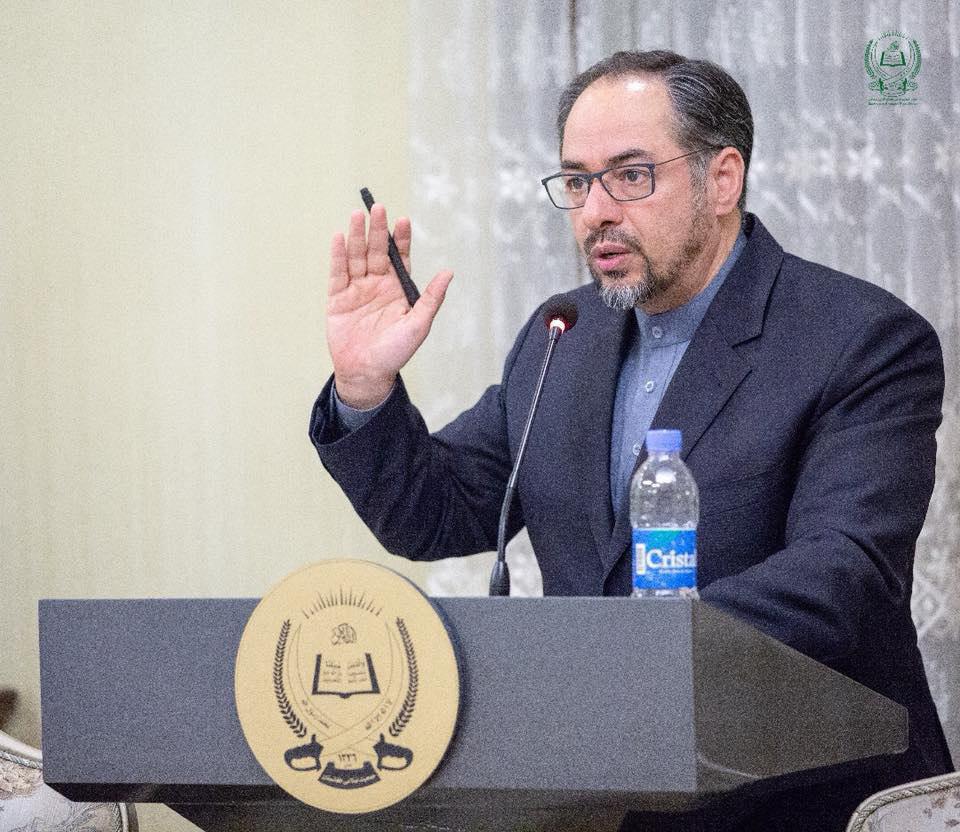 Mr. Rabbani emphasized the principle of mutual respect to the national sovereignty and non-interference in the internal affairs of each other.

He also expressed Afghanistan’s hope for constructive ties with Pak. Rabbani called for reopening of Pakistani airspace for flights between Afghanistan and India. The two sides discussed and exchanged views on the peace process, Consultative Loya Jirga, and Qatar Talks.

More than 40 Insurgents Killed in an Operation in Ghazni Province

More than 40 Taliban insurgents were killed in Gelan, Giro, Khwaja Umari districts and some other…

Afghan Population Estimated at 31 Million in 2018

Ahmad Jawid Rasuli, the General Director of National Statistic and Information Organization, says that in 2018,…

36 insurgents Including 4 Foreigner Terrorists Killed and Wounded in Badakhshan

Afghan Army in the north part of Afghanistan reported that 36 Taliban insurgents, including four foreign…

Egypt Expresses Readiness to Cooperate in Counter-Terrorism with Afghanistan

Egyptian ambassador to Kabul, Hany Saleh Mostafa Ahmad said that his country is ready to cooperate…