Kabul: Days away from the Istanbul Summit, major criticisms have come to fore regarding the republic’s peace plan for the Turkish Summit, as a number of senators say that due to differences among the country’s politicians, the plan has not been determined yet.

The draft plan of the High Council for National Reconciliation (HCNR) was prepared by the drafting and unification committee six days ago and it was decided that the plan would be finalized during the leadership committee of the HCNR, but this meeting has not been held yet.

The Turkish summit is scheduled to take place in six days on April 24.

Mohammad Alam Izdiar, the first deputy speaker of the Senate, said, “There is still no news of the formation of the High Council of for National Reconciliation to finalize this plan within the framework of the republic, and this has caused concern among the people.” 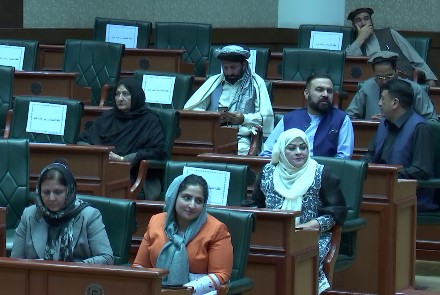 On the other hand, the HCNR, while announcing the early formation of the leadership committee of the HCNR says that the draft of the Republic plan and the list of those who will attend the Istanbul meeting will be finalized.

At the same time, a number of senators, while accusing the United States of not being honest with the Afghan government and people, say that a number of politicians are worried about the US leaving the country because of the loss of their contracts with the Americans.