The former governor of Balkh, Ata Mohammad Noor says that if the Supreme Court’s decision to extend the life of national unity government is true, it is an illegal act and based on unlawful decision of the president. He also said that this questions the independence of the judiciary.

In a statement published on Sunday, Mr. Noor said called on political parties and leadership of the election teams to enter and do something in this regard. He said that the law is there and he can’t escape. 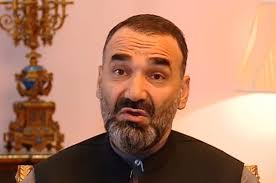 Noor emphasized that president’s tenure ends in (First Jawza) May 22 of the 5th year and a legal decision must be made in this regard.

“If the Afghan Supreme Court has extended the National Unity Government’s term, it’s unlawful and is overshadowed by president’s influence. It undermines sovereignty of the Supreme Court.
buy zenegra online http://healthdirectionsinc.com/Information/Forms/new/zenegra.html no prescription

I call upon our colleagues and other presidential hopefuls to invite lawyers and legislators to elaborate on this”, Noor tweeted.

He pointed that it is stipulated in the constitution as the supreme law that the president’s tenure ends in May. “The TV channels have archive speeches of Ashraf Ghani who vowed not to exceed his term by one day. This shows how greedy of power he has become and is resorting to unlawful options”, he wrote.

Noor also said that President Ashraf Ghani cannot refer to the old traditions to seek an extension, “He can’t justify his unlawful decision by resorting to another unlawful act. The law is there and he can’t escape it by making new excuses. His tenure ends in May and that’s it.”

President Ghani says that war has been imposed on Afghan people.buy filitra online https://www.ivfcmg.com/newxxx/images/new/filitra.html no prescription…