12 Afghan presidential candidates along with a number of political party leaders in a joint statement considered Peace Consultative Jirga contrary to peace efforts. The joint statement issued on Sunday states that “according to us, this Jirga is unseasonable and contradictory to the peace efforts.” 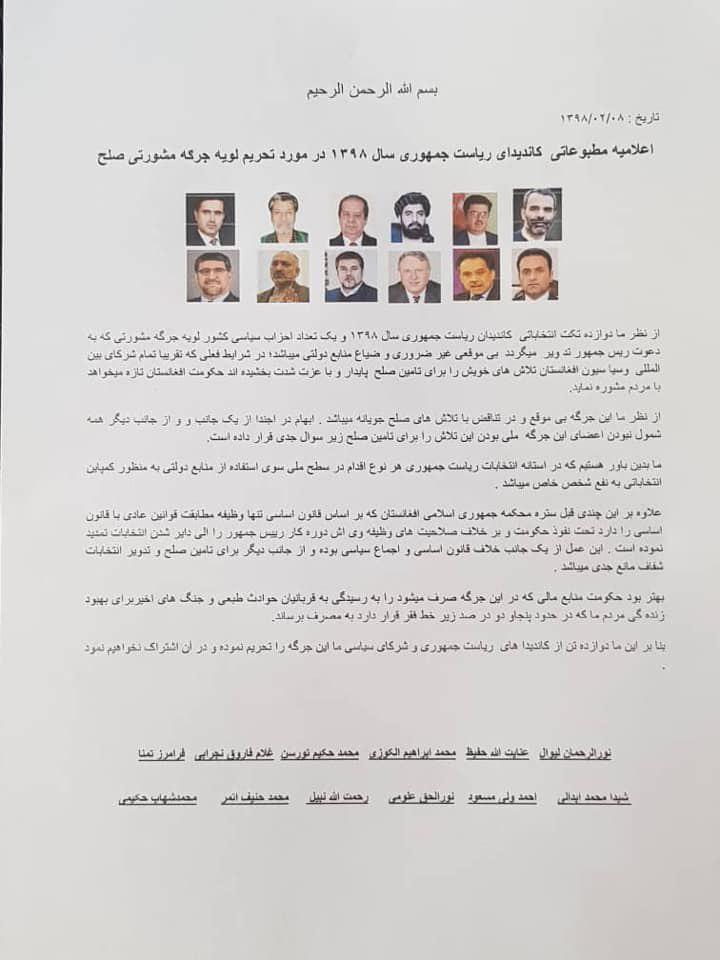 These candidates have questioned the ambiguity in the agenda and the lack of inclusiveness of the members of the Jirga, emphasizing that, as the presidential elections approach, any kind of action at the national level is the misuse of government resources indicating the usage for the election campaign of a particular person.

They argued that the Supreme Court review which has extended the term of office of the president until the election is in contradiction to its authorities and competencies.

These presidential candidates considered the Supreme Court’s decision unconstitutional and against political consensus, saying that it is a serious obstacle to peace and transparent elections.

“Instead of spending government financial resources for Jirga, the government should utilize it to address the victims of natural disasters and wars and improve people’s lives,” said presidential candidates in the statement.

On the occasion of April 28, when Afghanistan celebrates the Mujahedins’ Victory Day to commemorate the…