On the occasion of April 28, when Afghanistan celebrates the Mujahedins’ Victory Day to commemorate the victory of Mujahedin forces over the Communist regime, President Ghani called for a transparent elections saying that “”Let us make the upcoming election the most transparent election.”

He also talked the consultative peace Jirga and announced that “Afghans will discuss peace in details in the Jirga which will kick off on Monday”. 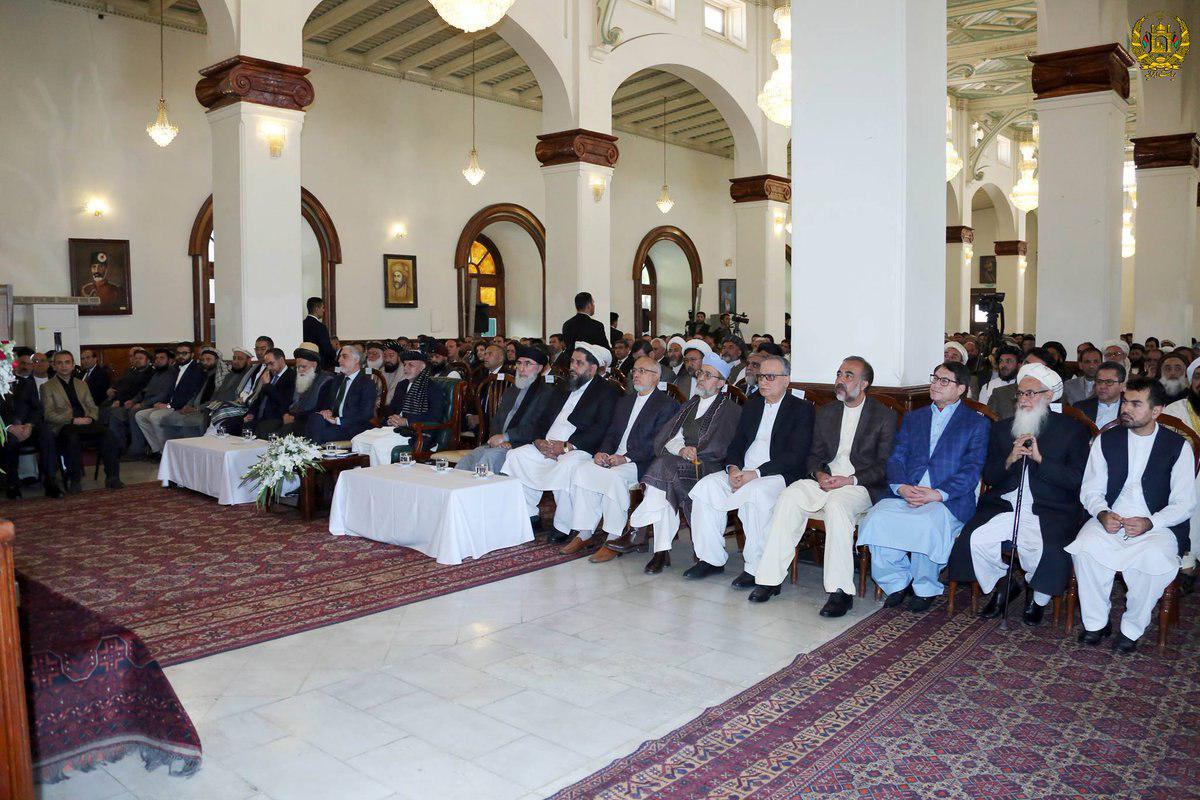 At the same gathering, Afghan Chief Executive Dr Abdullah Abdullah also talked about the peace process and said that the war has taken many opportunities from Afghanistan over the years. He added that all efforts should be used for reaching an enduring and dignified peace through an Afghan-led process. The Afghan people are not interested to go back to the “hard days”. Adding to that, the international community’s support to the Afghan peace process is crucial.

Abdullah said he welcomes the recent consensus reached in Moscow trilateral meeting between US, Russian and Chinese representatives. He instantiated that the ultimate decision about peace will be made by Afghans.
The former Jihadi leader Abdul Rab Rasul Sayyaf in the same ceremony calls on the nation and the government leaders to follow the peace process with unity and says that peace is a must.