At least 30 Taliban militants were killed and six Afghan security forces were wounded in clashes in the Qadis and Muqur districts of Badghis on Saturday night, said the acting provincial Governor Abdul Ghafoor Malikzai.

An airstrike in Qarchaghi village of Qadis district, to support the ground forces, killed 12 militants and injured one, said the Special Operations Corps.

Local officials in Daykundi also reported a Taliban offensive in parts of the Pato district continued, forcing at least 100 families to flee following the attacks.

A provincial council member raised the danger of Taliban overrunning the area if no action was taken. 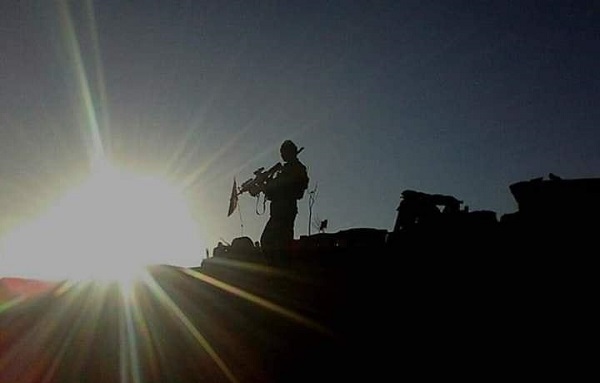 A blast was reported in PD12 of eastern Kabul city in the Salim Karwan area.

The police said two people were wounded in the mine explosion but did not clarify whether they were security officials or civilians.

Special Operations Corps also said that Taliban had attacked security checkpoints in the Arzoo Kalan area of the capital of Ghazni province on Saturday night.

During the clashes, four Taliban insurgents were killed.

Wahidullah Jumazadah, spokesperson for Ghazni’s governor, also reported that two policemen were killed in an attack by unknown individuals at a security checkpoint in the provincial capital on early Sunday morning.

The attackers fled the scene and an operation has been launched to identify them.

The Afghan National Police arrested five individuals involved in armed robbery and murder in Takhar and Panjshir provinces, said the Ministry of Interior.

MFA: Important Step Towards Meritocracy And Work Reforms Will Begin In 2 Days

The Ministry of Public Health (MoPH) said on Sunday, they had made all the preparations for…

Officials from the United Nations (UN) met members of the Taliban’s Political Commission in Doha, Qatar,…

COVID-19: Only 48 New Cases Reported In Past 24 Hours In Afghanistan