The Attorney General Office says that serious security measures were taken in the transfer of the former CEO of Kabul Bank, Khalilullah Firozi and the National Directorate of Security (NDS) is obliged to keep having eye on him in his house and assures AGO about his presence.

The AGO spokesperson, Jamshid Rasouli in a joint press conference today said, “Earlier, Firozi has submitted a letter to the Presidential Palace and called his condition critical. After that a delegation was tasked to evaluate his financial commitments and his health condition.” 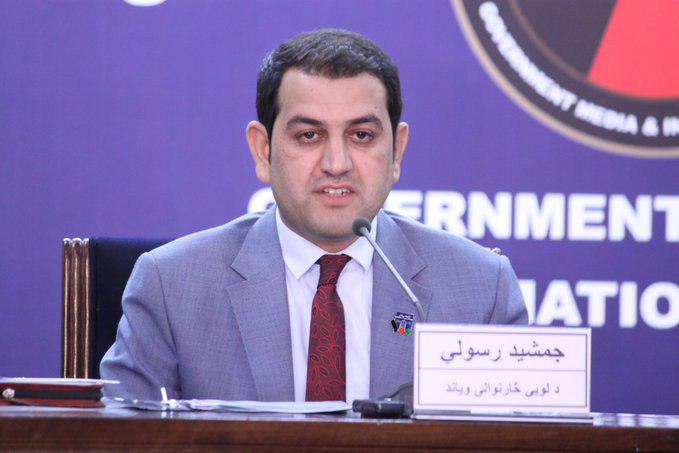 Rasouli declared that the Afghan government is committed to human rights standards. According to doctors, it was decided to transfer him from prison to home.

He emphasized that the transfer is temporary and carried out under two conditions; Staying in the house until he recovers his health, and fulfilling the obligations he has made with the Kabul Bank Settlement Commission.

In the meantime, Hashmatullah Nawabi, head of NDS health services said that Firozi’s illness is high blood sugar and high blood pressure which is a chronic and dangerous disease that he suffers from.

Nawabi noted that these diseases require serious care and sustained treatment and If the treatment is not adjusted, the possibility of health problems in these patients goes away and, considering Firozi’s health condition, it was decided that his treatment should be maintained in a sustained manner.

Rohullah Habib, the Kabul Bank’s liquidation director also said in the press conference, “In addition to the imprisonment, the court has ordered $ 196 million and 632 thousand over Firouzie to pay.”

Habib stated: “Firouzi had already paid more than $ 14 million. He recently have given back more than $ 18 million worth lands and recently signed a commitment with Kabul Bank’s filing office to pay 5% of its debt in six months.”

Khalilullah Firouzi is one of Kabul Bank’s biggest shareholders and debtors whose transfer from prison to his home has been controversial. Presidential candidate Rahmatullah Nabil claims he has credible evidence that Firozi has given $ 30 million to President Ashraf Ghani’s election campaign in exchange for his release from prison, a claim which was rejected by the government.