Afghanistan Independent Human Rights Commission in a statement said on Sunday that, “killing of civilians in armed conflict is a breach of human rights” and hoped that the Special Investigative Team of the government will provide documented data as quickly as possible in this respect.

The statement added that, the killing of civilians is prohibited in all circumstances, and the offenders shall be held criminally responsible based on IHL 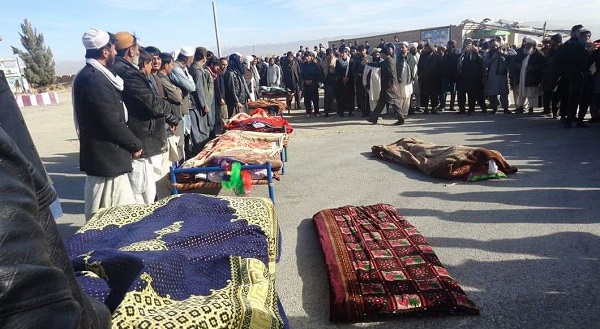 The AIHRC called on the relevant Afghan government organs to closely investigate the civilian casualties in Zurmat and to share the findings of their investigations with Afghan citizens. The Human Rights Commission also called on justice and judicial authorities to identify and prosecute the perpetrators and punish them in accordance with the law.

Meanwhile, The National Directorate of Security in a statement said on 12 August that NDS Special Unit launched an operation in Zurmat district Paktia of Afghanistan southeastern province, in which 11 Taliban insurgents including two group leaders were killed were killed.

However, after this operation local reports claimed that the killed men were not Taliban insurgents. And those killed in the operation of the National Security Forces were Civilians indeed.

While UNAMA chief of Mission in Afghanistan and National Security Council ensured that they will investigate the alleged incidents of civilian casualties, but so far, the investigation has not been completed and the findings are not yet shared with public.