The Chairman of the Islamic Development Bank (IDB) and the acting minister of finance, Mohammad Homayoun Qaiyoumi have signed an agreement of building a one hundred beds hospital and four clinics in Afghanistan, the Presidential Palace said in a press release on Sunday.

The press release said, President Ashraf Ghani on his second day of trip to Saudi Arabia met with Dr. Bandar Al-Hejar, the chairman of IDB and discussed upon cooperation, economic development and Afghanistan’s self-sufficiency and long-term debts with the bank.

President Ghani has demanded the IDB to cooperate and invest in improving the agricultural sector, Afghan farmers’ revenues and livelihoods. 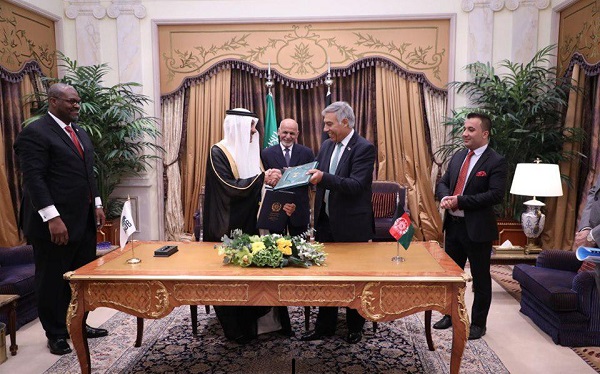 Ghani emphasized that the exports of Afghanistan’s fennel, saffron, almond and other products to Saudi Arabia and the world have increased and as a result of the long-term cooperation and granting of long-term loans by the IDB to Afghanistan, further progress will be made in this area.

In the meantime, OIC Secretary General announced its readiness to send election observers for the upcoming presidential election. Al-Othaimeen also stressed that the Taliban must abandon violence and enter into direct negotiations with the Afghan government.