A traditional Afghan council concluded on Sunday with hundreds of delegates agreeing to free 400 Taliban members, paving the way for an early start to negotiations between Afghanistan’s warring sides.

The declaration read out in both of Afghanistan’s official languages of Pashto and Dari calls for an immediate start of negotiations and ceasefire. The Taliban have said they were ready for talks immediately after their final prisoners were released and that a ceasefire would be one of the first items of negotiations. 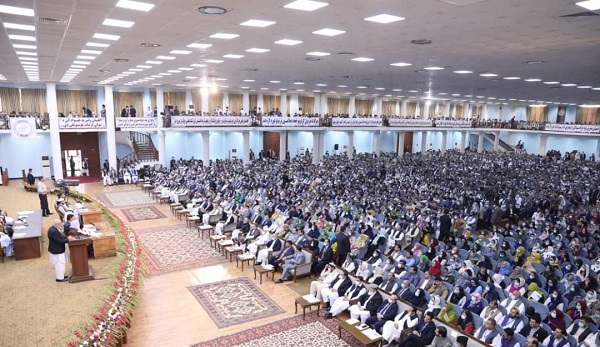 “To remove obstacle, to start peace talks and to stop the bloodshed, the jirga confirms the release of 400 Taliban prisoners,” said Atefa Tayeb, a council secretary who read out the final declaration.

The Afghan negotiations were laid out in a peace deal signed by the United States and the Taliban in February. At the time of its signing it was touted as Afghanistan’s best chance at ending decades of war.

The deal calls for the government to free 5000 prisoners and for the Taliban to free 1000 government and military personnel in its custody as a goodwill gesture ahead of the start of negotiations.

Rahmatullah Nabil, the former head of National Directorate of Security (NDS), says that Pakistan is pursuing…

A car bomb explosion occurred in the city of Ghazni on Saturday evening, targeting a unit…