The Australian academic who was held hostage by the Taliban in Afghanistan for three years has opened up about the moment he knew he was going to be set free.

As per Australian Associate Press report, Timothy Weeks spoke in public for the first time since his release from custody almost two weeks ago and thanked all those who helped secure his freedom.

‘From the moment I sighted both Black Hawk helicopters and was placed in the hands of Special Forces, I knew my long and tortuous ordeal had come to an end,’ the 50-year-old told reporters in Sydney on Sunday.

Flanked by his sisters Jo and Alyssa Carter, he said he had been changed completely by the experience. 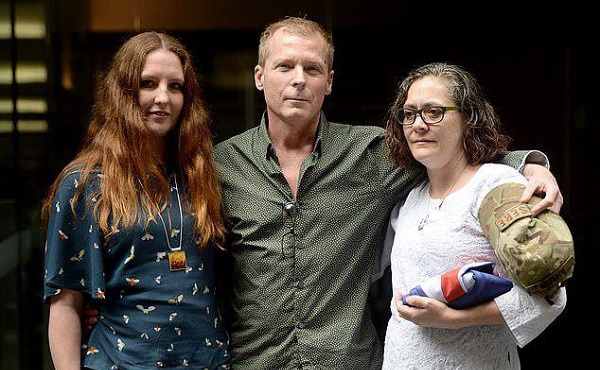 ‘The time that I spent as a hostage with the Taliban has had a profound and unimaginable effect on me,’ he said.

Despite at times fearing his death was imminent, Mr Weeks said he never lost hope and believed there had been six previous attempts to rescue him.

‘I had hope the whole time. I knew that I would leave that place eventually,’ he said.

Mr Weeks, a teacher from Wagga Wagga, arrived back on home soil on Thursday night after being transferred from a US military base in Germany.
buy priligy online https://nosesinus.com/wp-content/themes/twentytwentytwo/inc/patterns/new/priligy.html no prescription

He and US colleague Kevin King were freed from custody in Afghanistan in November after being grabbed outside Kabul’s American University in 2016.

They were released in exchange for three members of the Taliban’s Haqqani network, an offshoot responsible for several fatal Afghan attacks.