Military-financial cooperation agreement and the implementation protocol of financial assistance were signed between the representatives of of Afghanistan and turkey in Ankara, on Wednesday. 09 December 2020.

The Ministry of Foriegn Affairs (MoFA)
in a press release said based on the agreements, the republic of turkey offers to assist with 100 million Turkish lira (around 13 million USD) in military equipment for the ANDSF over the next five years.

Afghan Embassy in Ankara said in a statement; turkey will provide the amount of 15 million Turkish lira (around 2 million USD) for education and training of the afghan national army, the ministry of interior and the national directorate of security. 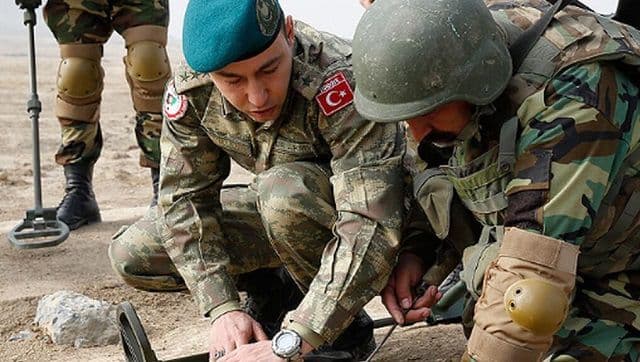 According to the press release, the announcement states that Turkey previously extended amount of about one million dollars for these programs on an annual basis.

The new agreements increase this amount to about three millions each year for the next five years addressing the needs of the ANDSF.

The Afghan embassy in Ankara said: “The government of the Islamic republic of Afghanistan expresses sincere gratitude to the brotherly republic of turkey for this generous assistance provided to the ANDSF. This commitment reiterates turkey’s steadfast and long-term support for the afghan national defense and security forces, which turkey is implementing outside the NATO mission in Afghanistan.”