A key Taliban group member who was involved in collecting Ushur and Zakat (Charity) was arrested in Faryab province, officials said.

The Taliban has tended to take over two traditional Islamic levies: Zakat, an obligation on Muslims to donate 2.5 percent of their income to the poor; and Ushur, a 10 percent tax on harvests or produce taken to market. 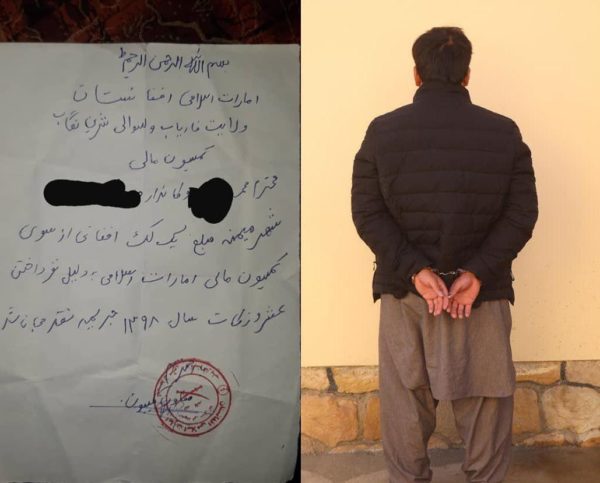 Faryab Police press office in a statement on Sunday said the Taliban member named as Alawddin, a resident of Tagap Shan village of Garizwan district has been arrested during an operation.
buy zoloft online blackmenheal.org/wp-content/languages/new/noprescription/zoloft-no-prescription.html no prescription

According to the statement, the detainee was arrested from Lab-e Darya area at around 18:00p.m (local time) on Saturday night.