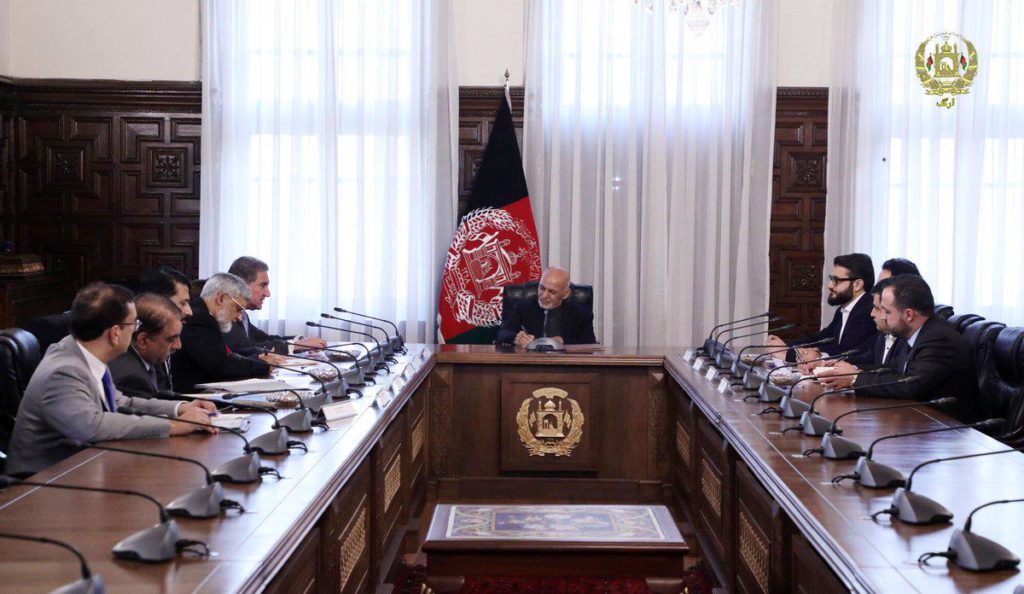 President Ghani first met with Pakistan’s Foreign Minister Shah Mehmood Qureshi at the Presidential Palace on Saturday. Presidential Palace’s statement on the same read that mutual cooperation and joint efforts against terrorism were discussed in the meeting.

Later on Saturday, President Ghani met China’s FM where they discussed connectivity & counter-terrorism cooperation, then presidential palace said, adding that in this meeting Ghani insisted on a comprehensive & profound roadmap for peace & said peace can only be achieved when it is “led and owned by Afghans”.