President Ashraf Ghani in his address to the nation about the announcement of preliminary results of Afghanistan’s presidential election said that no one can rule Afghanistan through gun.

“The announcement of the preliminary results of the election is the outcome of the efforts by the Afghanistan National Defense and Security Forces, and they are the saviors of the republic,” president said.

Ghani in his speech stated that the delay in election results caused concerns, and the people pay the cost for it and the price of goods went up by 10%.

“After building a responsible government, we will continue to form our relations with the world based on mutual interests. We are not asking for donation, our shared interests ensure our relations with countries,” he asserted.
buy clomiphene online http://www.suncoastseminars.com/assets/new/clomiphene.html no prescription 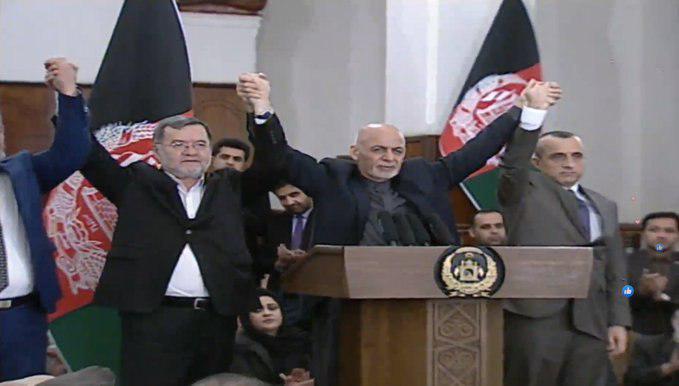 “We don’t want that the world tell us that we are betraying with their donation, we are telling to the world that we will stand on our own feet,” he said.

This comes as the head of Independent Election Commission (IEC) released the long-delayed outcomes at a news conference in Kabul, noting that Ghani secured around 51% (50.64 exact figures) of the more than 1.8 million total votes.

Although the announcement was not final and the outcome could still take months to finalize, the Chief Executive Abdullah Abdullah team has already warned that it will not accept the results until his team’s concerns are answered.