Afghan Presidential contender and the leader of “Peace and Justice” electoral team has called the announcement of Presidential election’s preliminary results “unacceptable”.

Nabil in reaction to the announcement of Presidential election’s preliminary results said, “Announcing the result of a systematic fraud without addressing the demands of the “Peace and Justice” team and other electoral teams by the Independent Election Commission (IEC) has been a coup against democracy and democratic trends.”

“Regardless of the principle of impartiality and legal framework, the IEC biased the figures under the name of the preliminary result,” he asserted. 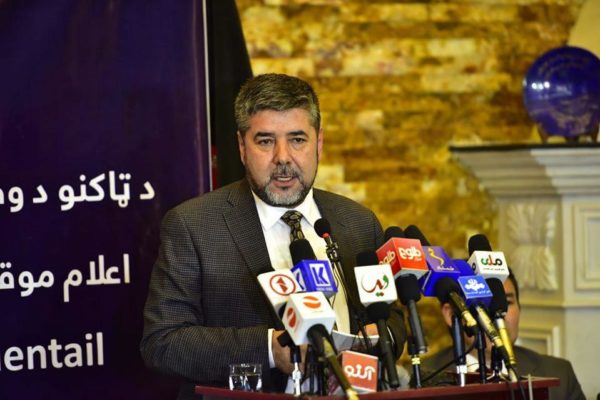 Nabil stated that IEC had lost its credibility and put the Election Complaints Commission (ECC) in a serious test.

The “Peace and Justice” team has expressed hope that ECC will be completely neutralized in separating the fake votes from the valid ones and remove the main and beneficiaries of organized election fraud from the list of candidates and introduce them to judicial institutions.
buy ventolin online https://www.evercareop.com/wp-content/themes/twentytwentyone/inc/new/ventolin.html no prescription

This comes as the head of Independent Election Commission (IEC) released the long-delayed outcomes at a news conference in Kabul, noting that Ghani secured around 51% (50.64 exact figures) of the more than 1.8 million total votes.