The United Nations High Commissioner for Refugees (UNHCR) Filippo Grandi has said the international conference on Afghan refugees would recognize the role of Pakistan in hosting them for the past four decades.

“We know Pakistan has faced so many challenges and sacrificed a lot,” he said while speaking to media in Quetta ahead of ‘International Conference on 40 Years of Hosting Afghan Refugees in Pakistan: A New Partnership for Solidarity’ scheduled to be held in Islamabad on February 17 (Monday).

The conference is being co-hosted by the Pakistan government and the United Nations refugee agency and will be attended by Secretary General Antonio Guterres and UNHCR chief Filippo Grandi. 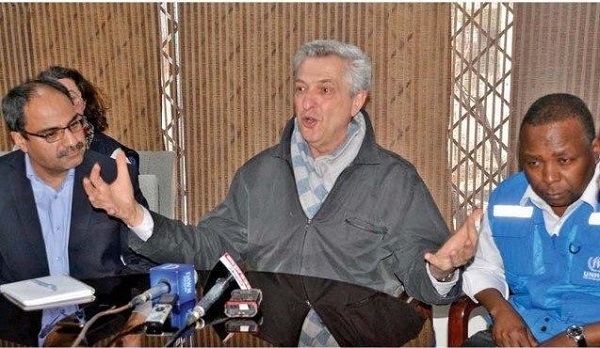 Grandi said UNHCR wants to use the opportunity to tell the world powers that they need to share the burden more on the issue. “In the past, it was easier to mobilize resources as it was a political issue globally. But now, it is on the contrary,” he added.

The high commissioner said he wanted to visit the provincial capital during his current visit.

“This is my third visit to Pakistan as high commissioner though I have visited the country several times. I was very keen to visit Quetta during my current visit.”