Ceylon Chamber (CCC) will be signing a Memorandum of Understanding (MOU) with the Afghanistan Chamber of Commerce and Industry (ACCI) shortly to promote trade between the two countries.

This decision was taken subsequent to a discussion between CCC and Ambassador of Afghanistan to Sri Lanka, M. Ashraf Haidari, held at the Embassy of Afghanistan in Colombo. 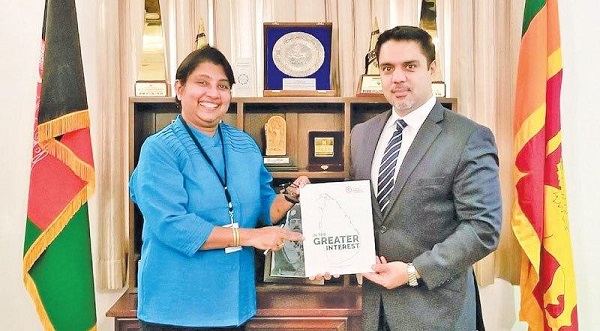 During the discussion, the Ceylon Chamber of Commerce Senior Assistant Secretary General, Lilakshini de Mel, briefed Ambassador Haidari on the role of the 19 business councils coming under the purview of the Chamber and indicated that the “Sri Lanka – Afghanistan Trade Desk” will be initially established in February 2020 to further promote trade, investment and tourism between Sri Lanka and Afghanistan.