NATO’s senior civilian representative in Afghanistan, Nicholas Kay says that both the Afghan security forces and civilians need to see a significant reduction in violence as part of an imminent peace deal between the Taliban and the United States.

Nicholas Kay in an interview with RFE/RL said that a significant reduction in people being attacked and losing their lives and also one imagines that it should also be an enduring thing, nobody wants this to be a short-term provision and It’s a step eventually toward a complete cease-fire. 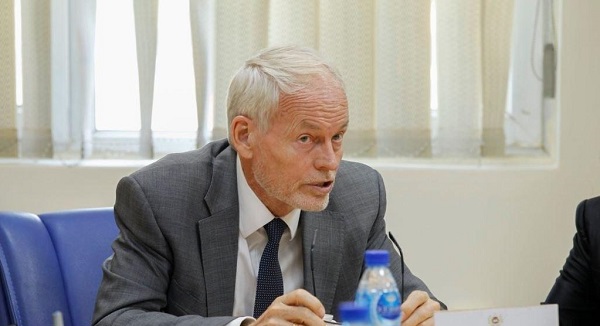 “The majority of violence and enemy-initiated attacks at the moment are against Afghan targets, government forces, and Afghan civilians.
buy neurontin online https://www.alignerco.com/wp-content/themes/botiga/inc/notices/php/neurontin.html no prescription

And it’s important in a reduction in violence that the Afghans see that reducing significantly,” he told RFE/RL.

Kay emphasized that this is really the time for peace and Taliban should respect the will of the people.