According to statement by Ministry of Defense, in the past 24 hours, Afghan National Defense and Security Forces launched 18 clearing operations and carried out 82 Special Forces tasks in different parts of the country in order to remove security threats and ensure security.

Afghan Air Force also conducted 82 flights supporting Afghan National Army and carried out 9 airstrikes on enemies’ positions. As a result, 54 insurgents were killed and 31 were wounded and 3 were detained.

In these operations, 9 insurgents including Abdul Ayah, Taliban district governor for Char chino district were killed, 2 hideouts, 1 ditch, 1 trench, some weapons and ammunition were destroyed in Chenarto district and capital of Uruzgan. 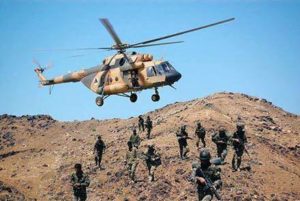 Afghanistan Complains to UNSC Against Pakistan’s Engagement with Taliban

The spokesperson to Afghan Ministry of Foreign Affairs, Sibghatullah Ahmadi announced that Afghanistan had put up…