The spokesperson to Afghan Ministry of Foreign Affairs, Sibghatullah Ahmadi announced that Afghanistan had put up a complaint against Pakistan in the United Nations Security Council.

As per the statement, the reason for the complaint has been due to Pakistan’s engagement with Taliban without consulting the Afghan government. 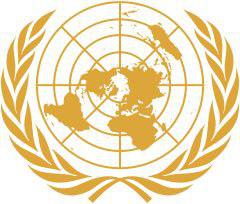 The spokesperson’s statement added “It not only undermines the ongoing peace efforts but violates Afghanistan’s national sovereignty which falls in violation of UNSC Resolution 1988”.

The move comes as a meeting between Pakistan prime minister Imran Khan and Taliban representatives was scheduled to take place.
buy grifulvin online https://sanchezdental.com/wp-content/themes/twentynineteen/inc/php/grifulvin.html no prescription

There are unconfirmed reports that the meeting may have been canceled by Taliban.

According to statement by Ministry of Defense, in the past 24 hours, Afghan National Defense and…