Saudi Arabia’s Crown Prince Mohammed bin Salman is set to arrive in Pakistan on Sunday as the beginning of his tour of South Asia and China. This comes after the Taliban representatives are set to meet Pakistan prime minister Imran Khan this coming week.

This is also amidst the escalating tensions between India and Pakistan following a suicide bombing incident that killed 44 Indian paramilitary police in the Kashmir region of India. Additionally, there was a bombing in Iran that killed more than 20 elite revolutionary guards. 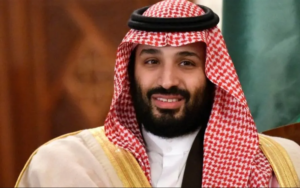 Both New Delhi and Tehran have accused Pakistan of having a hand in the respective bombings and have warned Islamabad, which has so far denied involvement.

Saudi Arabia has recently come to economically and financially sick Pakistan’s rescue, beginning with a $6 billion loan to shore up its foreign exchange reserves, and is expected to sign more trade and investment agreements.

Afghanistan Complains to UNSC Against Pakistan’s Engagement with Taliban

The spokesperson to Afghan Ministry of Foreign Affairs, Sibghatullah Ahmadi announced that Afghanistan had put up…

According to statement by Ministry of Defense, in the past 24 hours, Afghan National Defense and…