The Chief Executive Abdullah Abdullah has met with US special envoy for Afghanistan reconciliation at the Sepidar Palace and discussed the recent developments on Afghan peace process.

The Executive Office in a statement said that Khalilzad has briefed CE Abdullah about efforts and talks with the Taliban in Doha to achieve peace, his recent trip to Brussels, talks with NATO members and his visit to Islamabad and discussions with Pakistani officials. 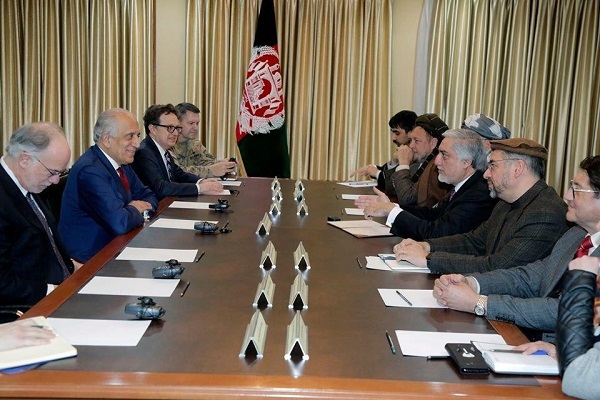 “The United States adheres to the principle of reducing violence by defining and adopting a specific and acceptable mechanism for the US, the Afghan government and the people of Afghanistan as a precondition for signing a peace agreement with the Taliban, and is waiting for the Taliban’s response,” Khalilzad said.

The US peace envoy also noted that the Afghan negotiating delegation in the peace talks with the Taliban should be inclusive and represent all people of Afghanistan.
buy zydena online https://cleanandclearadvantagerecovery.com/wp-content/themes/twentytwentyone/inc/new/zydena.html no prescription

In the meantime, CE Abdullah praised the efforts of the United States and Khalilzad to achieve peace, saying peace was one of the main demands and needs of the Afghan government and people, and hoped the Taliban would understand the realities of society and seize the opportunity to join the peace process.

US Withdrawal From Afghanistan Will Have Negative Consequences: Keane

Despite overtures from the Taliban and declining interest among Americans, it is essential that the United…