As the US government continues to assess the Doha peace agreement, the Office of the National Security Council (NSC) says that at the time of the signing of the peace accord between the United States and the Taliban, the necessary consultations were not conducted with the Afghan government.

NSC spokesman Rahmatullah Andar said in a video message on Sunday that the US-Taliban peace agreement
had failed to lead to peace, end the war, stop the bloodshed and improve the living conditions of Afghans.

Andar noted that the Afghan government opposes even an hour of bloodshed in the country and considers the protection of Afghanistan as its responsibility and looks at issues of peace, war and other issues from this perspective. 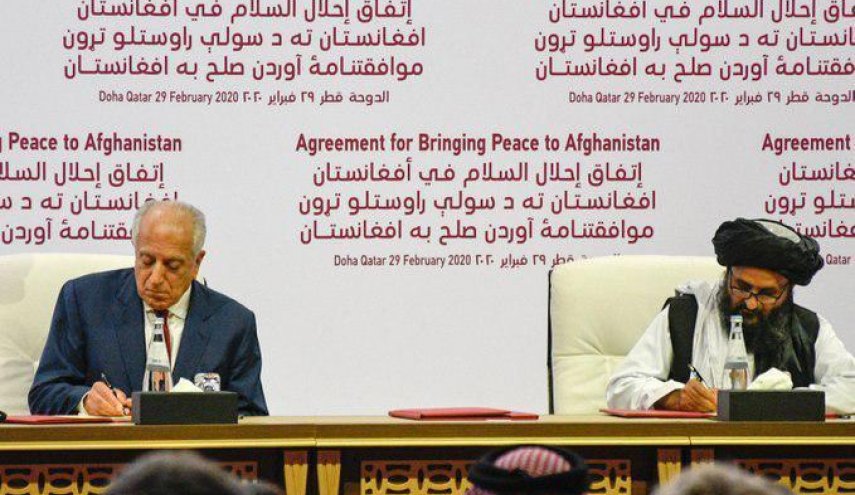 Earlier, Afghan government officials had repeatedly expressed concern about the signing of a peace agreement between the United States and the Taliban.

President Ghani also stressed at that time when parts of the agreement were vague and needed clarification.

Despite opposition to the Doha agreement, the Afghan government agreed to release more than 5,000 Taliban prisoners.

The National Security Council spokesman’s remarks come as the new US-led government, led by Jobiden, has been revising it since taking office.

Yesterday, the US Secretary of State said in a telephone conversation with the Chairman of the High Council for National Reconciliation Abdullah Abdullah that the US government continues to assess and review the situation in Afghanistan, & the country wants to accelerate the peace process and reach to a comprehensive and lasting peace agreement.