The Minister of Foreign Affairs Mohammad Hanif Atmar has met US Chargé d’Affaires Ross Wilson & discussed the peace process and cooperation between the Government of Afghanistan and the new US administration.

The Ministry of Foriegn Affairs (MoFA) in a press release said that FM Atmar acknowledged the United States’ commitment and support to the Afghan people and government
over the past nineteen years, and welcomed the new US Government’s messages regarding the peace process and the review of the US agreement with the Taliban. 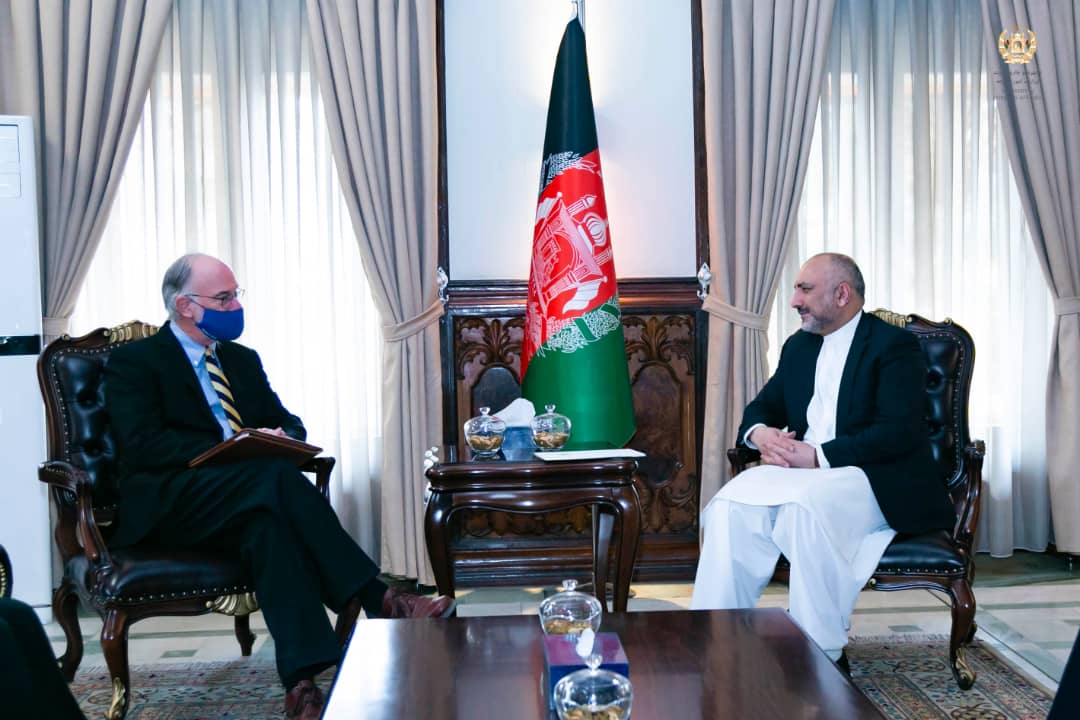 According to the press release, the two sides discussed the latest security and political developments in Afghanistan, the challenges of the peace process, the importance of regional and international support for the success of the talks, and the strengthening of bilateral and trilateral cooperation, including with Uzbekistan and Saudi Arabia.

During the meeting, Mr. Atmar stressed the need to increase consultations between the two governments, review the US agreement with the Taliban, and making decisions conditional on objective facts.

In the meantime, ambassador Wilson assured the US continued commitment and cooperation with Afghanistan.