The Ministry of Interior Affairs announced Sunday that seven of those included in the wanted list of 16 individuals who are accused of land grabbing, bullying, support to illegal armed men and inattention to rule of law, have surrendered to the ministry.

According to the announcement, Khawja Omid Nezami, Haji Mirza Safi, Haji Janat Gul, Najibullah Islamyar, Jawed Arab, Khawja Hamid Nezami and Haji Salem are those who have surrendered to Ministry of Interior. 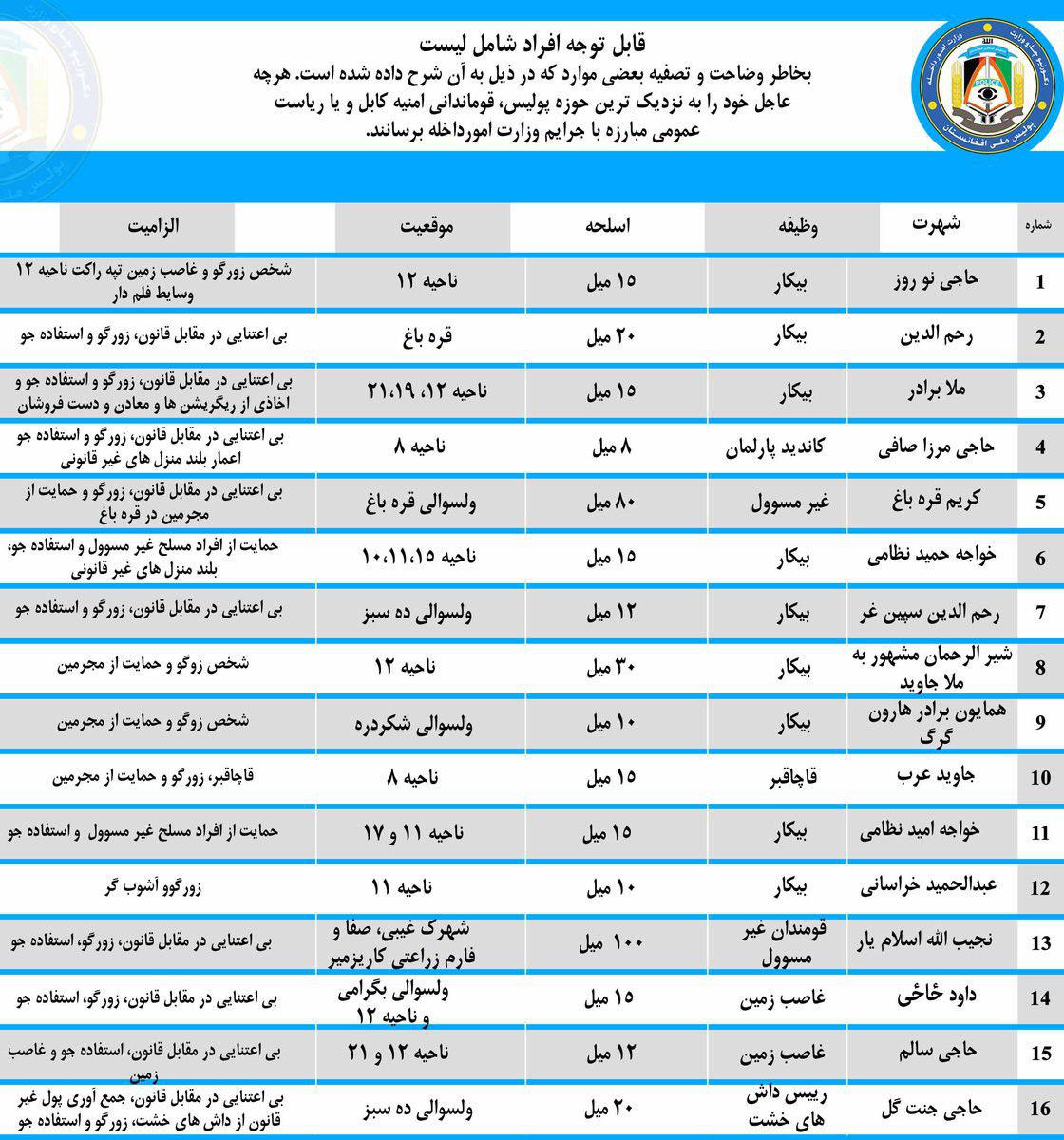 Since Amrullah Saleh, the new Interior Minister has taken over the minsitry, he has published lists of individuals accussed of different crimes and have asked them to surrender while requesting the public to assist.

This in turn has infuriated powerbrokers on the list and have instead brought hope to the public that the rule of the law will be implemented on the most powerful.
Saleh, a fomer Afghan spy chief, has promised reforms within the ministry as well as more action with regards to criminals.