Security officials have informed on Sunday that the Taliban commander for Khwaja Sabz Posh district, Qari Tajuddin, was killed along with 20 of his men.

Hanif Rezaei, a spokesman for the Shahin 209 Corps, told Reporterly that “As a result of a targeted attack launched on Saturday by special units of security forces with the Resolute Supports’ Air support in Ghozari village of Khwaja Sabz Posh district of Faryab province, Qari Tajuddin, the Taliban’s general commander for the district along with 20 other insurgents were killed.” 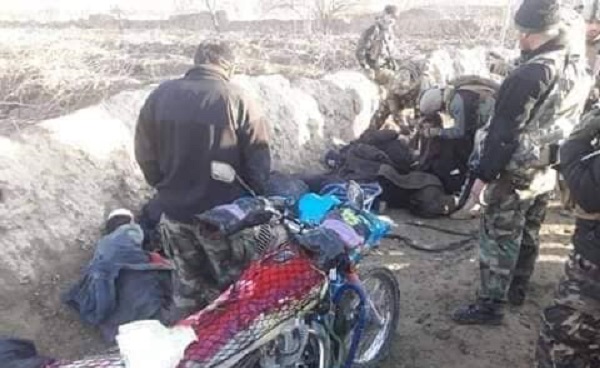 15 insurgents were also injured in the attack and 12 others have been arrested, according to Mr. Rezaei.

Three enemy strongholds were destroyed and large quantities of weapons, ammunition, and several vehicles of the enemy were seized by the security forces, he added.