The Civilians Protection Working Group (CPWG) in Herat province has expressed deep concern about civilian casualties in the country.

CPWG in a press conference has read out a statement, expressing concern that a large number of civilians had been killed during the recent conflict in the country.

The group, which is an independent and impartial observer of war standards and international humanitarian law, called the current situation alarming that has been followed by an escalation of clashes in residential areas of Herat. 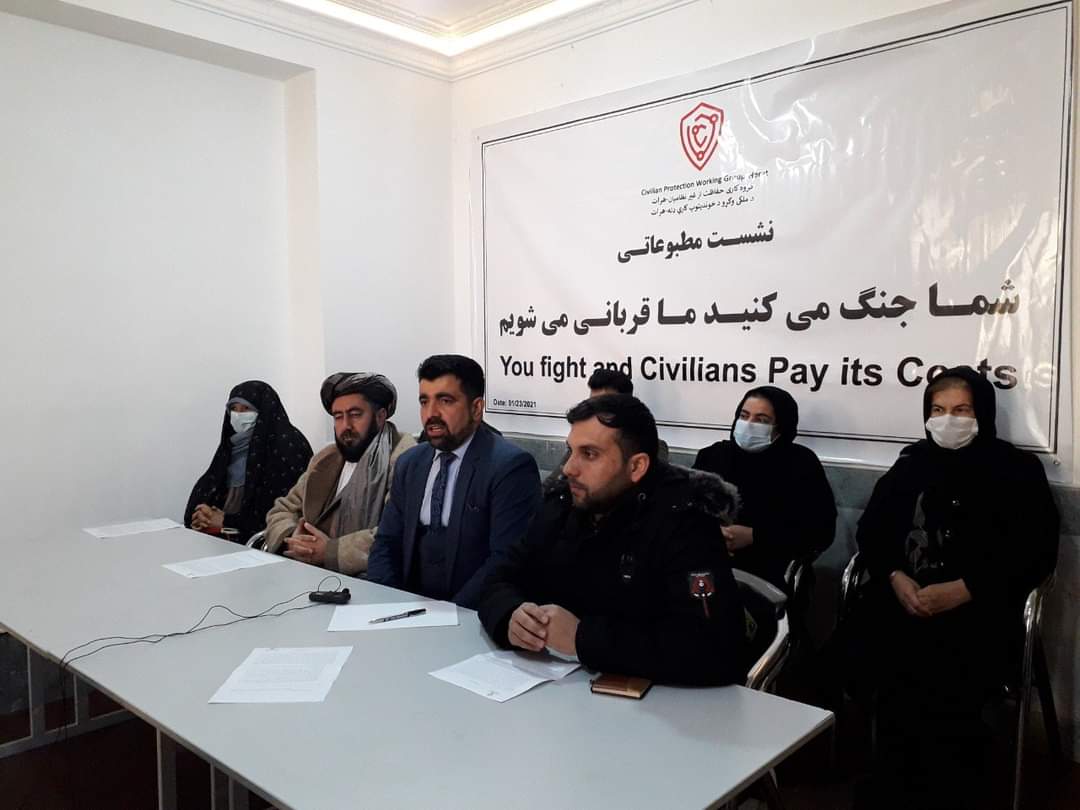 Members of the group are concerned about the poor condition of civilians in the war zones, who say all military operations by the warring parties, especially the Taliban, are taking place in residential and civilian areas.

The Civilian Protection Working Group called on the parties involved in the war, particularly Taliban for reduction of violence by issuing a 6-article resolution.

Karima Hamid Faryabi, the Minister of Economy says the poverty rate in Afghanistan’s cities has risen…