Afghan Deputy Foreign Minister Mirwais Nab has met the Indian Ambassador to Kabul Rudrendra Tandon and had a wide-ranging discussion on the Afghan peace process and economic cooperation today.

MoFA in a press release said that the Deputy and Acting Foreign Minister congratulated India for successful rollout of COVID-19 vaccine.

According to the press release, the Indian Ambassador assured Mr. Nab that Afghanistan is high on the list of countries to receive the vaccine. 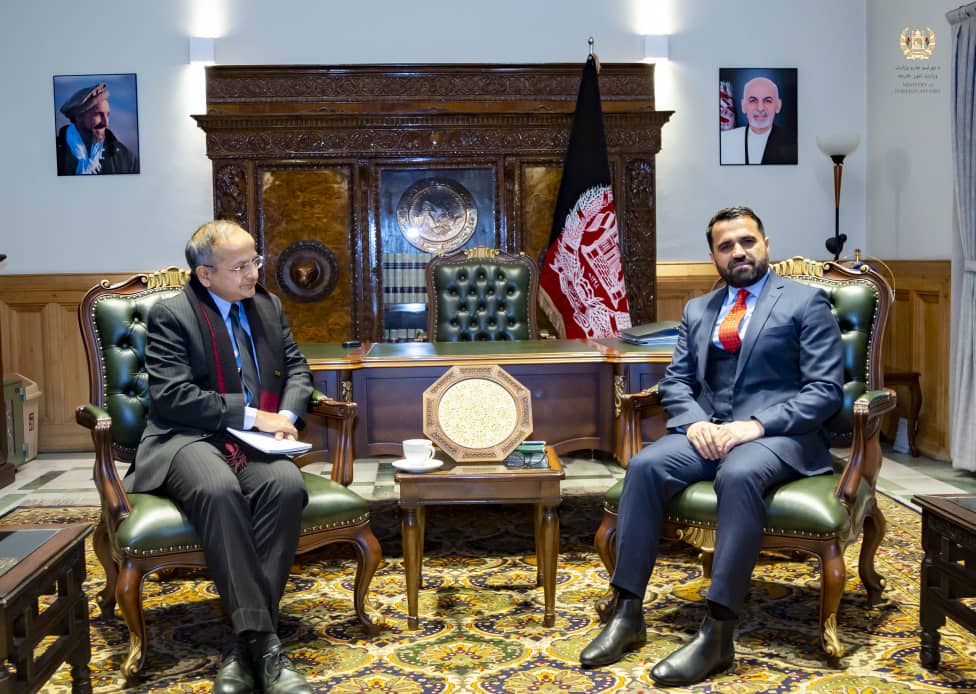 Discussing the Afghan peace, Minister Nab touched on the importance of the ceasefire in the second round of Afghan peace talks in Doha.

Karima Hamid Faryabi, the Minister of Economy says the poverty rate in Afghanistan’s cities has risen…