The Ministry of Women’s Affairs (MoWA) in a meeting titled “Government Accountability to the Nation”, announced that during the current solar year of 1399, about 3,800 cases of violence against women were registered in the capital and other provinces of the country.

The Acting Minister of Women’s Affairs, Hossniyah Safi, presented a report on the activities of the ministry today on the tenth day of the government’s “accountability to the nation.”

Ms. Safi said that in the fiscal year of 1399, the Deputy for Economic Empowerment of Women was established in the Ministry of Women Affairs.

She stated that the Ministry works to empower women by finding them jobs and building their capacity.

In part of her speech, she said that in the upcoming solar year of 1,400, all women’s gardens in the country will be changed into women’s empowerment centers. 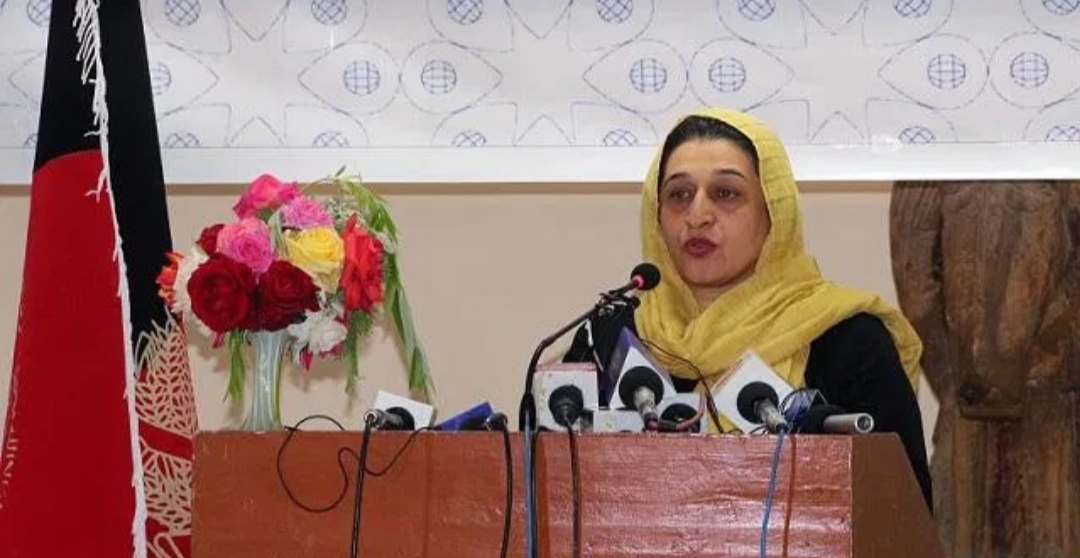 She noted that in the fiscal year of 1399, about 3800 cases of violence against women were registered in the capital and provinces.

Ms. Safi further pointed out that 644 people, including registered cases, have been reunited with their principled relatives, 315 cases in the year 1398 and 1399 have been followed up through telephone calls, and the defendants in 88 acute cases have been arrested.

According to her, legal advice has been provided for 756 cases, and in addition, the ministry has provided legal advice to more than 7,000 women during the same period.

She cited that the Ministry’s authorities have taken views of 3,000 women on peace and shared them with the Ministry of Peace and the Peace Negotiation Team, proposed the appointment of women as deputy governors in all provinces, received the views of 2,800 women experts and women’s representatives on the National Framework Document.