During last week, police in the Pardubice Region of northeast Czechia have detained three groups of migrants from Afghanistan hidden in trucks traveling from the Balkans, rmx.com reported.

The truck drivers claim they were not aware of their passengers.

According to the report, in just four days, 14 young migrants, mostly Afghans, were detained. All three cases had the same scenario: Afghans arrived hidden in the semi-trailers of trucks from the Balkans, without the apparent knowledge of the drivers.

People driving by alerted police to migrants jumping out of the trailers in the industrial zones of Semanín near Česká Třebová and Staré Čívice near Pardubice.

They were all young men, often under the age of 18. 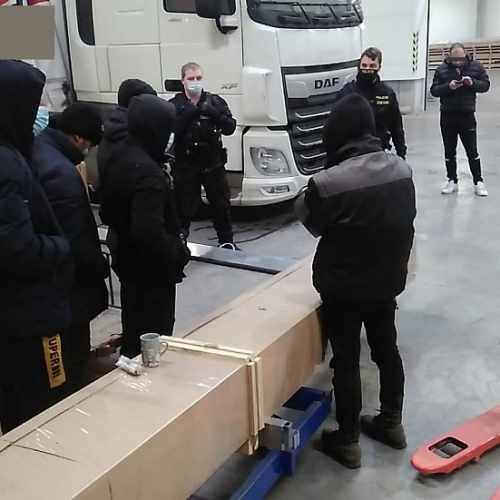 “I do not remember so many cases in our region in such a short period,” said regional police spokeswoman Eva Maturová.

According to the witnesses, people were jumping out of the moving trucks and fleeing on foot. The police, with the help of trained dogs, tracked down three Afghans in Semanín and six Afghans in Čívice.

Afghans have asked for asylum in both Romania and Bulgaria, some even in both countries at the same time.

“In both cases, Romania was the alleged starting point for the trucks. Both drivers stated that they had no idea about the foreigners in their cargo area; they drove the truck through Hungary and Slovakia to the Czech Republic. They also said that the cargo door was not sealed inside the EU and that nothing was checked after taking over the truck in Romania. The inspection took place only after it was discovered that they had uninvited passengers inside,“ said Maturová.