“Afghans have shared pains and the nation should stay united to overcome the current situation and prevent the repetition of history.”, said President Ghani in the inauguration ceremony. 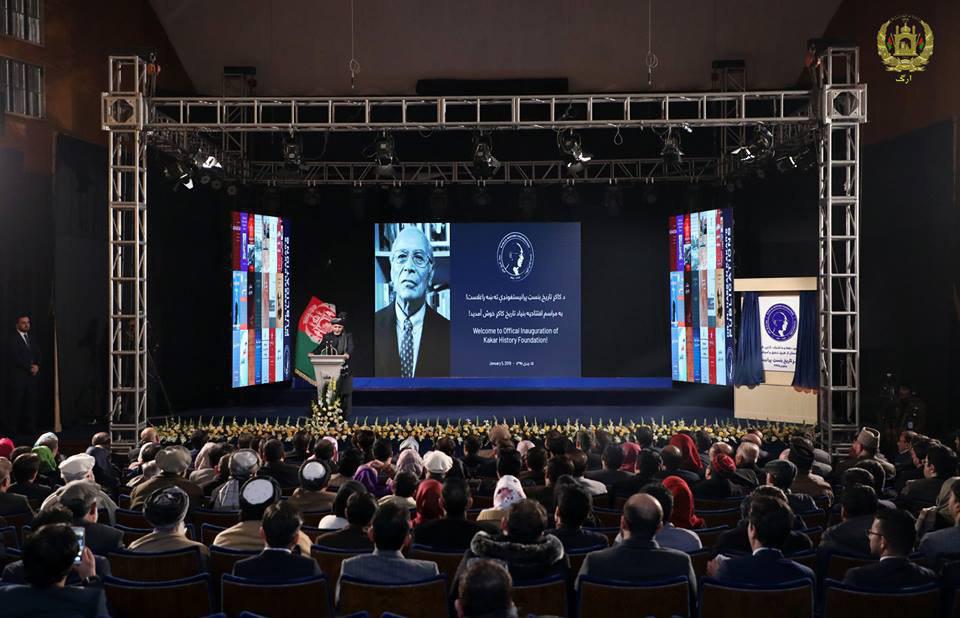 President Ghani’s personal library in his house in Darulaman has over 7,000 books, mostly about history, philosophy, anthropology, sociology and economics.

Late Professor Kakar was the greatest contemporary Afghan historian, who left a great intellectual legacy behind. he was born in 1928 in Laghman province and held a bachelor degree from Kabul University and a master of philosophy and a PhD in history from the University of London.
Mr. Kakar passed away in the United States in 2016.

Breaking: 30 Killed In A Gold Mine Collapse in Badakhshan

Head of HPC Secretariat to Leave for Pakistan

Sayed Ehsan Taheri, A spokesman for the High Peace Council in a press conference on Sunday…