Kabul: Takhar’s provincial police headquarters reported that the ANDSF repulsed Taliban attacks against Ganj Alibek and Chobar areas of Taloqan city. The police added that the Afghan Air Force conducted strikes against enemy positions in those areas, inflicting heavy casualties to the group.

Also, Ajmal Omar Shinwari, a spokesman for the country’s armed forces, said that 24 districts had been liberated from Taliban control as a result of operations by defense and security forces. According to him, the defense and security forces have changed their offensive position in some parts of the country. Speaking at a news conference in Kabul on Sunday, Shinwari said that the Taliban presence in a number of district centers was short-lived and that specific plans had been drawn up to liberate those districts.

Shinwari added that the district is not just a building, but includes all of its land. According to him, the land belongs to the government and the services are provided by the government. On the other hand, he said that the defense and security forces have launched 244 ground and air operations in the last four days, as a result of which 967 Taliban fighters have been killed and 596 other fighters of this group have been wounded.

Ajmal Omar Shinwari said that as a result of the operation, 92 Taliban were arrested, 50 mines were discovered and 49 explosions, including two car bombs, were prevented.

Meanwhile, Kandahar’s Police Spokesman Jamal Naser Barakzai told Salam Watandar that a civilian minivan hit a roadside IED along the Arghistan to Kandahar highway on Sunday, killing five members of a family. Barakzai added that the family was heading towards Kandahar city for shopping for Eid. Barakzai blamed the Taliban for the explosion, and the group has yet to comment on the report.

Also, the Ministry of Defense (MoD) announced the recapture of Surkh-o-Parsa ditrict of Parwan province, inflicting heavy casualties to the Taliban and capturing their weapons, ammunition, and vehicles. The MoD added that the clearance operation is ongoing in the province.

This comes even as Balkh’s Provincial Police Chief Ghulam Daud Tarakhel chaired a security meeting about the security measures on Eid al-Adha in the province. Tarakhel was briefed about developments in the province, and he gave serious instructions to the provincial security and intelligence officials to ensure the security of the people during Eid al-Adha, treat the public in good and professional manner, so that local residents can celebrate the holidays well. Provincial security and intelligence officials assured that they have taken serious measures to ensure security and spare no effort in this regard.

On the other hand, Paktia’s provincial NDS arrested an individual in Gardez city, for spreading anti-government propaganda on Facebook. The individual has pleaded guilty in his initial statement and the case will be referred to judiciary soon.

Meanwhile, the Lower House of Parliament reacted to the remarks of Mufti Abdul Shakoor, a member of Pakistan’s National Assembly, about Afghanistan, calling it irresponsible and a clear interference in Afghanistan’s internal affairs. In a statement, the parliament stated that the Pakistani MP had criticized the Afghan system in his remarks, who had not only expressed happiness with the killing of the Afghan people, but also supported the Taliban presence in the country. 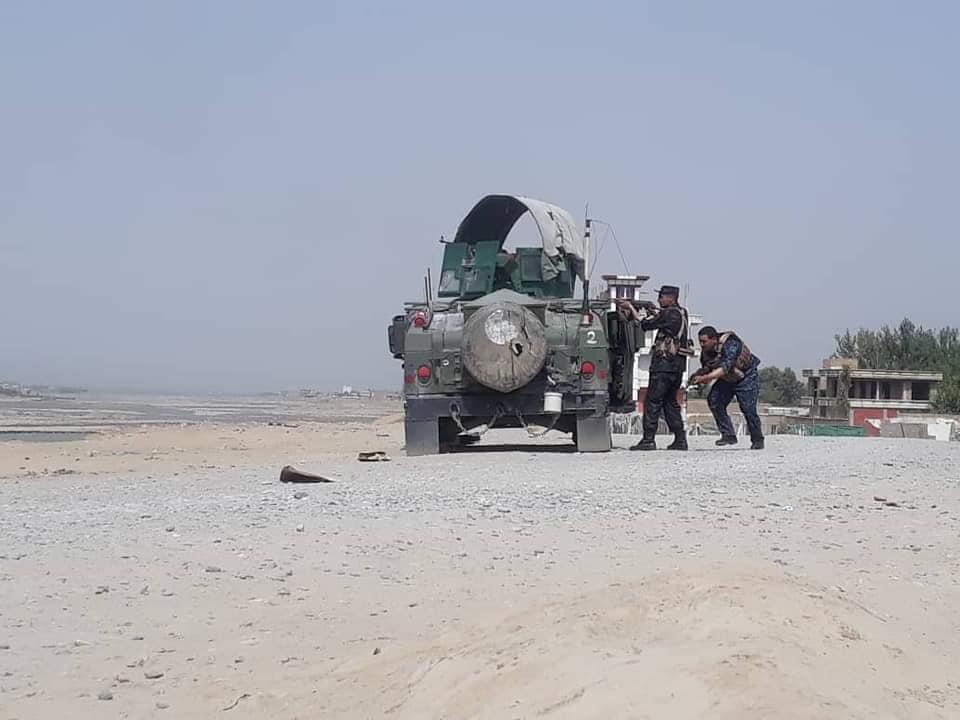 According to the statement, Mufti Abdul Shakoor said that “the Taliban in Afghanistan is playing a good role in protecting Pakistan,” and that Islamabad should support the group. The parliament called the remarks as being against the principles of diplomacy and said that no one is allowed to interfere in the internal affairs of the country. The parliament added that supporting terrorism by regional countries is detrimental to all and called on the Pakistani government and parliament to stop these “inhumane and un-Islamic” statements.

Also, Deputy Interior Minister for Support Riaz Darmal announced that the 1st major maintenance workshop for the Afghan Air Force (AAF) aircraft opened in Abu Dhabi on July 17, as three helicopters arrived for maintenance and the process will continue. Darmal added that with the repair of the planes, the AAF’s strength will be tripled soon, and will force the enemy to negotiate peace. Darmal claimed that the war is between Pakistan and Afghanistan, but these “puppet” Taliban are prey for the interests of foreigners.

Meanwhile, addressing a press conference, Kandahar’s Provincial Governor Rohullah Akhundzada claimed that some security officials were evacuating their outposts due to ethnic and political ties. Akhundzada added that the Taliban didn’t go to some outposts four days after the ANDSF had evacuated, and pledged to introduce to the people of Kandahar, those elders who have filled their pockets in the name of Kandahar people over the past 20 years.

Senior Deputy Interior Minister for Security Affairs Abdul Rahman Rahman also walked through Kandahar city and met with residents and shopkeepers, to assure that the ANDSF will defeat the enemy and security threats will be completely eliminated, allowing the people to return to normal life. Rahman visited the provincial central prison and a number of other security checkpoints, to give moral and praise the ANDSF.

On the other hand, the Ministry of Information and Culture said that with the escalation of the war and the capture of the areas by the Taliban, over 100 historical sites are under threat. Information and Culture Minister Mohammad Qasim Wafayeezada told a news conference on Sunday that historical monuments, representing several great human civilizations, have been seriously threatened by violence.

He referred to Takhar’s Ay Khanum and said that after the Taliban took control of the area, unknown individuals, possibly “opportunistic mafias,” began digging and blocked the presence of people in the area, meaning that “there are hands trying to steal historical monuments so that Afghanistan is emptied of its rich history of historical heritage.” Wafayeezada called on the people to pay attention to this issue and not to allow the cultural, artistic and literary richness to be easily plundered.

Kabul: The Ministry of Finance has sent a draft budget document for the mid-fiscal year 1,400…

Kabul: Concerns have been raised about the spread of the coronavirus (COVID-19) infection after Eid al-Adha.…

Kabul: Iran is planning to host a meeting between the Afghan government and other Afghan groups…