Former Minister of Communication and Information Technology Abdul Razaq Wahidi was found innocent by the appeals court of the Anti-Corruption Criminal Justice Center.

The appeals court, on Saturday held a hearing for former minister of communication and information technology, Abdul Razaq Wahidi, who was charged with claim of misuse of authority and graft and after hours of review, the hearing continued until Sunday after which the judge announced their verdict about Mr. Wahidi. 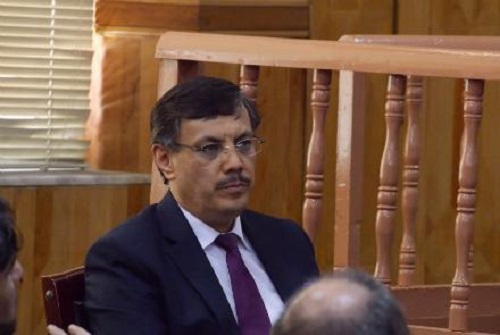 Meanwhile, the court sentenced Hashmatullah, the deputy of “Ahmadi Printing Press” company to six months of imprisonment, and fined the company a sum of 19 million AFN.

Earlier, Abdul Razaq was imprisoned on April 2019 after the Anti-Corruption Criminal Justice Center held a hearing in his absence.

His case in the Ministry of Finance landed in the Supreme Court early in January 2019 and the final verdict was approved last month in which he was sentenced to three years in prison.
buy lasix online pavg.net/wp-content/themes/twentytwentyone/inc/en/lasix.html no prescription