The Afghan Ministry of Education has announced that use of school students is banned for welcoming national and international guests especially during election campaigns.

The ministry in a statement said on Sunday that, no one is allowed to use school students in campaigns, demonstrations and gatherings including election campaigns.

The statement added that, the decision has been taken with regard to the country’s security situation, aiming to prevent physical and mental harm to school students, preserving impartiality and not engaging education on political issues. 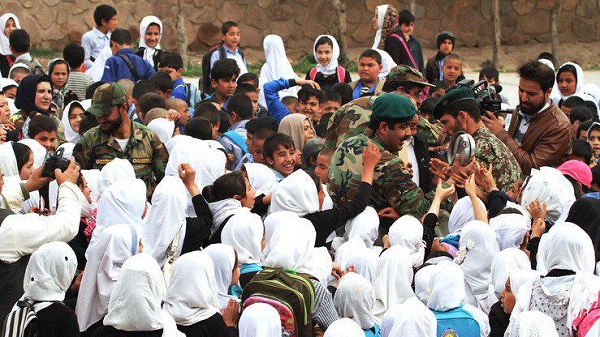 The participation of students at reception and welcoming ceremony by officials including the MoE minister contradict educational principles and obligations and on the other hand, forcing students to attend such ceremonies blemish the spirits and personality of students and also make them feel humiliated.

While saying that the Ministry of Education has directed all directorates of education in capital Kabul and provinces to prevent using students in such occasions, it has emphasized that the offenders will face serious repercussions.