The Ministry of Information and Culture (MoIC) announced that 2,000 private media outlets and organisations have not renewed their licenses due to tax evasion.

Tahir Zaheer, acting head of the Ministry, warned these organisations on Saturday, that they will face legal action if the licenses are not renewed.

In a meeting on identifying their sources of income, the MoIC heads presented ideas and suggestions for increasing the revenues. 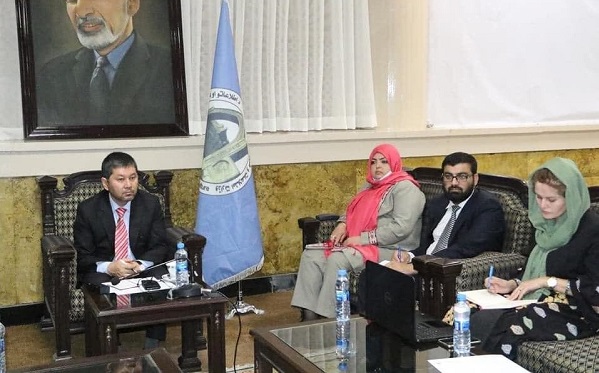 “We can only increase our revenue in the fields of museums, Afghan advertisements, prints, hotels, tourism and Afghan films when we compete with the private sector,” said Zaheer.

Zaheer asked all revenue departments of the MoIC to submit their plans for reviews and asked the Afghan Film Directorate to submit three comprehensive plans to raise their revenues.

Meanwhile, Sayeda Mojgan Mostafavi, deputy minister of tourism, finance and administration at the MoIC, explained their revenues had been affected by the COVID-19 pandemic. She expressed hope that it would improve within the next five months.

She said various institutions owe “tens of millions of Afghanis” to the MoIC, and asked them to repay their loans as soon as possible.

On Thursday, the MoIC had announced that the five-star Kabul Serena Hotel owed them about $100 million. For non-payment of rent.