They deliberated on the latest developments of the Afghan peace process, and exchanged views on the release of prisoners by the government and the Taliban to facilitate the urgent start of the intra-Afghan talks.

The importance of strengthening regional and international consensus on the Afghan peace process and the establishment of a humanitarian ceasefire, were also discussed, along with preparations for the Senior Officials Meeting to be held on July 28. 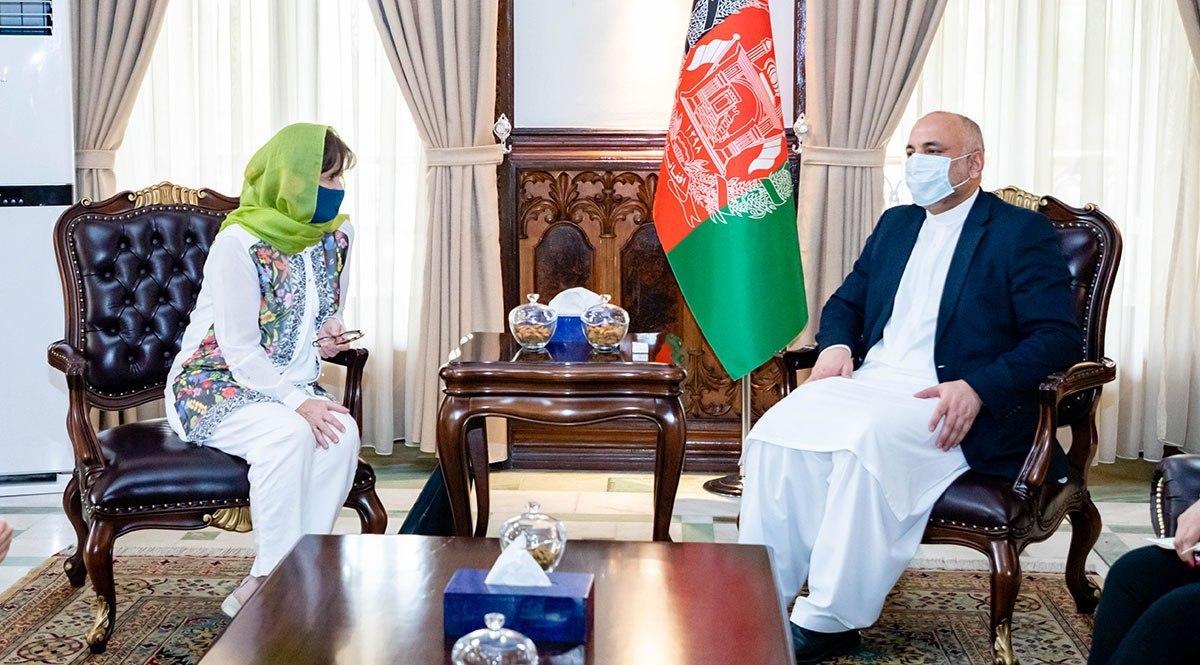 The UN envoy highlighted the outcomes from the recent international and regional consultation meetings on Strengthening Consensus for Peace and emphasised the importance of continuing such initiatives in the future.

She also reiterated UN’s continued support for a peaceful and prosperous Afghanistan and agreed to advance work on the “peace economy.”

Concluding the meeting, Atmar thanked the Lyons for the UN’s positive role and continued commitment to Afghanistan.