President Ashraf Ghani visited the construction site of the Kamal Khan Dam during his visit to Nimroz province on Sunday.

Ghani’s spokesperson Sediq Sediqqi tweeted that Ghani was welcomed by the people when he arrived at Zaranj, the provincial capital, as the head of the high-level delegation.

Sediqqi said that according to provincial officials, 80% of the construction work of Kamal Khan Dam had been completed and it is scheduled to be put into operation within four months.

“The people of Nimroz expressed hope that with the completion and operation of the Kamal Khan Dam, one of their long-held dreams will be realized and change their living conditions,” the spokesperson tweeted. 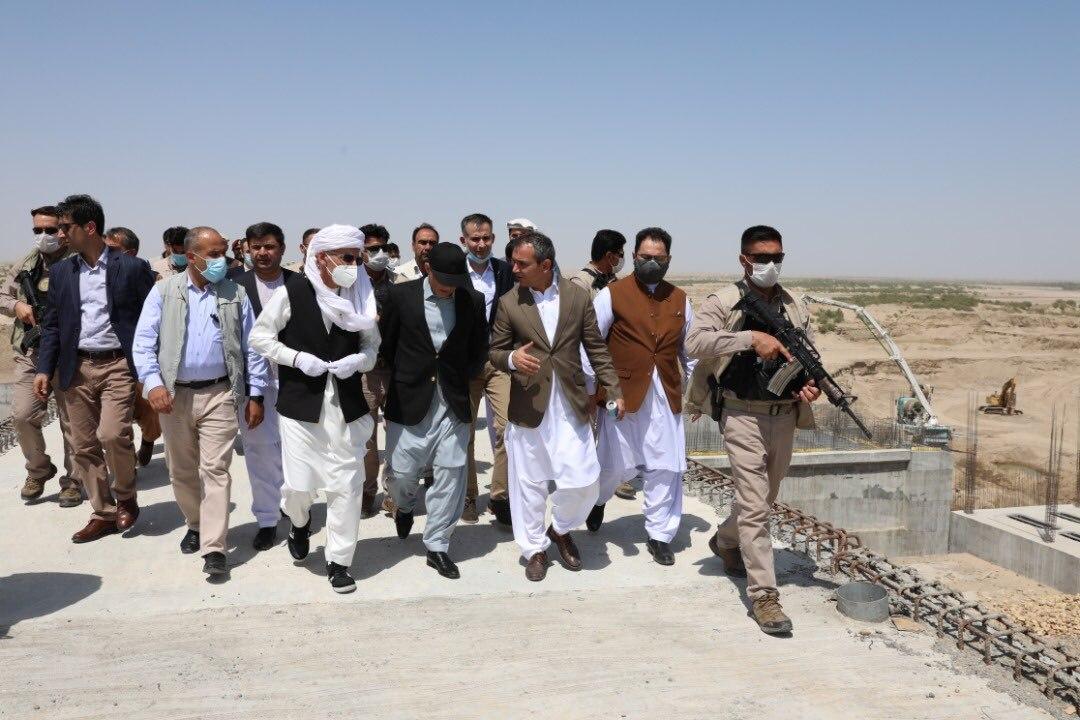 The dam is located 18 km north of the Chaharbarak district and 95 km south of Zaranj city in Nimroz province.

According to the Ministry of Energy and Water, construction of Kamal Khan dam first began in the 1970s, but the war and political developments halted it.

The third phase of construction was inaugurated by Ghani in 2017, and it was due to be completed within 42 months.

On its completion, the dam will irrigate more than 80,000 hectares of agricultural land and create job opportunities for dozens of residents.