Saudi Arabia has pledged to build 100 religious schools in Afghanistan and has approved financing of 35 development plans.

Riyadh will also build a hospital in Afghan capital Kabul, worth $30 million, Saudi ambassador while meeting with Afghan Senate speaker. 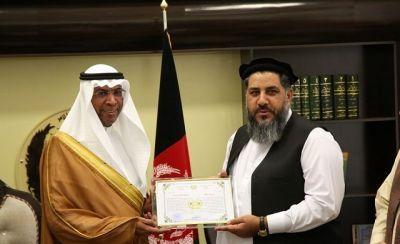 Ambassador JassimbinMohammed Al-Khalidi also said that Saudi Arabia will provide an assistance of 200 million riyals ($53 million US dollars) to Afghanistan for the fight against coronavirus, according to a statement released by the Senate.

The envoy said that Saudi Arabia will raise Afghanistan’s Haj quota in future.