The Taliban have killed at least 42 civilians, including women and children, and wounded 105 others over the last week, said the Office of the National Security Council (ONSC) on Sunday.

Javid Faisal, ONSC spokesperson, released the figure on Twitter and said, “Taliban has failed to deliver on promises of reducing violence against the Afghan people and working for peace.”

The group carried out attacks across 18 provinces, with the maximum number of civilian casualties reported in Kabul, 5 dead and 16 wounded. 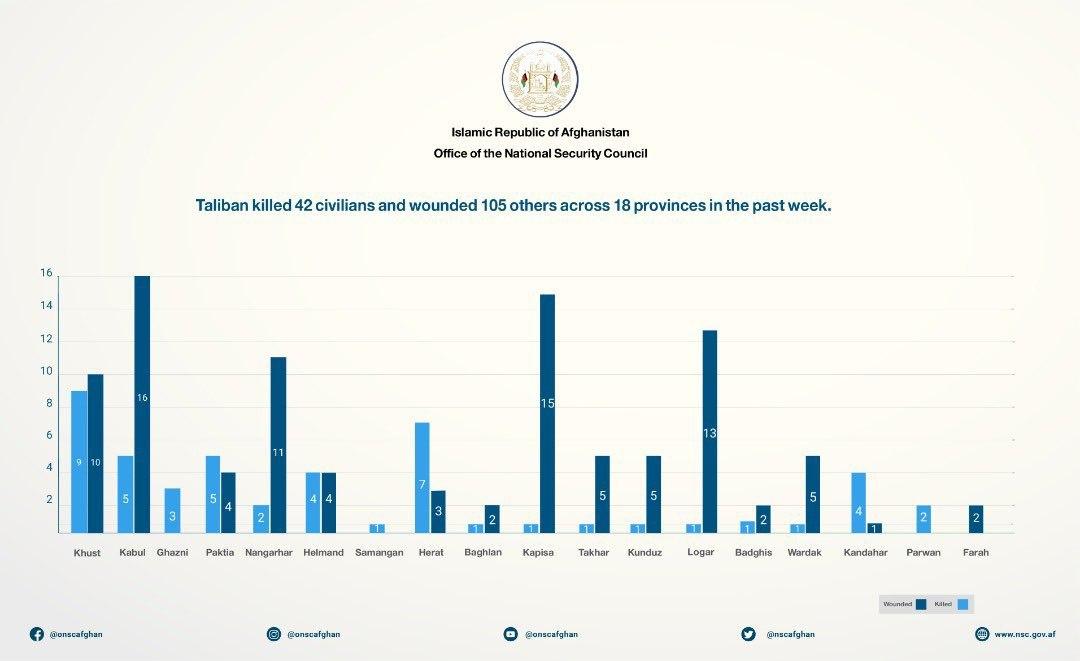 The total figures do not include the civilians who have been abducted, with the most prominent case in Daykundi where around 55 people had been held hostage by the Taliban, according to local officials.

The United Nations Assistance Mission in Afghanistan (UNAMA) released a special report on Sunday raising concerns about attacks on health workers and healthcare facilities and attributed a majority of the incidents to Taliban.

Last week, the ONSC had also accused the group of violating the three-day Eid ceasefire.