Afghanistan has sought the membership of the International Maritime Organization to use its own ships for trade with India via Iran’s Chabahar port, authorities said on Sunday as reported by 1TV News. 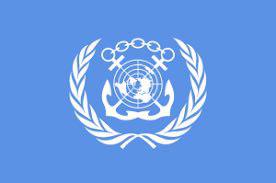 Mahdi Rouhani, a spokesman for Afghanistan Transport Ministry, said that a request has been sent to IMO to secure membership of the organization and that talks are underway on both IMO membership and purchasing ships.

A memorandum of understanding (MOU) has been finalized for creating a special shipping route from Chabahar port as per the reports.

The agreement is expected to be signed by Afghanistan, Iran, and India. The ministry said that technical studies on 200km railway between Chabahar port and Milak on the Afghanistan border will begin this year.

Meanwhile, Tawfiq Dawari, deputy CEO of Afghanistan Chamber of Commerce, said that investing on ships is costly. He, however, said that a businessman has expressed interest to invest on it.